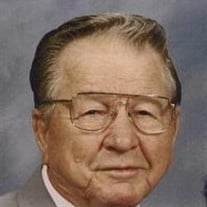 Albert Stam: Albert went to be with his Lord and Savior, Jesus Christ on Wednesday, May 25, 2005; passing away at the Pella Comfort House at the age of 83 years, 6 months and 26 days. Those left to cherish his memory are his loving wife of 59 years, Wilma Stam of Oskaloosa; their five sons, Calvin and Diane (Van Schepen) Stam; John and Joyce (Solleveld) Stam; Dennis and Kathy (Slager) Stam; Stephen and Sheryl (Galema) Stam, and Brent and Phyllis (Fynaardt) Stam, all of Oskaloosa; eighteen grandchildren: Jennifer and Rick Fountain of Kirksville, MO; Nathaniel Stam of Oskaloosa; Erin and Calvin Meinders of Pella; Caleb Stam of Oskaloosa; Sylvia and Michael Van Arkel of Eddyville; Laura and Scott Carter of Costa Rica; Ryan Stam of Oskaloosa; Mark Stam of Louisville, KY; Eric and Andrea Stam of Grand Rapids, MI; Hollie and Justin Powell of St. Louis, MO; April Stam of Battle Creek, MI and her fiancé, Nick Toornstra of Grand Rapids, MI; Philip, Joel, Michelle, and John Stam of Oskaloosa; and Emily, Andrew, and Elizabeth Stam of Oskaloosa; and eleven great grandchildren: Kenny and Bethany Fountain, Christopher and Luke Meinders, Johanna, Katelyn and Olivia Van Arkel, Jackson and Makayla Carter, and Tullaia and Jasper Powell. Of his original family, Albert leaves three sisters: Margaret (and her husband, Gerald) Klyn of Oskaloosa, Johanna Vander Wiel of Pella, and Alida (and her husband, Bernie) Vander Molen of Pella and two sisters-in-law, Helen Stam of Holland, MI and Esther Stam of Oskaloosa. Albert ""Hap"" Stam was born, the sixth of ten children, on October 29, 1921 southwest of Bussey, in Marion County, Iowa to Cornelius and Johanna Vande Kieft Stam. He was baptized in the Tracy Christian Reformed Church. He attended school at Tracy and Beacon and made his Profession of Faith in the Lord Jesus Christ at the Oskaloosa Christian Reformed Church. After working on a farm and in Grand Rapids, MI, Albert was drafted into the U.S. Army to serve in World War II. He spent approximately three years in the South Pacific in the Philippines, Leyte, New Caledonia, Fiji Islands and Guadalcanal. After his discharge from the army, Albert was united in marriage to Wilma Kelderman at the Oskaloosa First Christian Reformed Church on January 18, 1946. Albert worked for three years at Hackerts Locker Plant and farmed near Tracy and in Mahaska County. Albert, Wilma, and their five sons enjoyed farming and working together as a family. Albert served as Superintendent of the Good News Chapel in its beginning years, teaching Sunday School and serving on the board. Later he was active in the Tracy Christian Reformed Church and the Bethel Christian Reformed Church, where he served as Elder, and led Sunday School and Young People's Society. In December 1976, Albert and Wilma moved off the farm and he worked at Clow Machine Shop for seven years before retirement. He remained active in retirement by helping his sons on their farms. He was also very active in the Gideons, as well as, a volunteer for Crossroads Bible Study and a driver for Veteran's Hospital. Hap and Wilma spent time traveling in their retirement years. He was known as a kind, loving husband and father. He was preceded in death by his parents; his brothers: Frank (and his wife, Janet) Stam, Henry, Gerrit and Marion Stam; sisters: Cornelia ""Kay"" (and her husband, Franklin) Sturing and Jannet (and her husband, Harlan) Groenenboom; and brothers-in-law, William De Graaf and Gerald Vander Wiel. PDF Printable Version

Albert Stam: Albert went to be with his Lord and Savior, Jesus Christ on Wednesday, May 25, 2005; passing away at the Pella Comfort House at the age of 83 years, 6 months and 26 days. Those left to cherish his memory are his loving wife of... View Obituary & Service Information

The family of Albert Stam created this Life Tributes page to make it easy to share your memories.

Albert Stam: Albert went to be with his Lord and Savior, Jesus...

Send flowers to the Stam family.