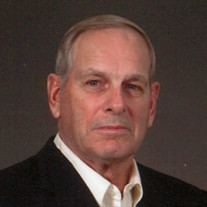 Alvin Van Maanen, 81, of Oskaloosa passed away Thursday, December 26, 2019, at the Mahaska Health Hospice Serenity House in Oskaloosa. Alvin D. Van Maanen, son of Brandt and Clara (Steenhoek) Van Maanen, was born December 28, 1937, in Mahaska County, Iowa. He grew up in the Cedar area and was a 1956 graduate of Cedar High School. While in high school, he excelled at baseball and basketball and also began working as a hired hand for Homer Ferguson, a local farmer. Alvin married Marcia Klein on June 20, 1958, at the Central Reformed Church in Oskaloosa. The following year, he and Marcia began their farming operation, first in Madison Township and then in Garfield Township. In 1974, they moved to their current location west of Oskaloosa, where they have lived for the last 45 years. In addition to farming, Alvin also worked as a Pioneer Seed sales representative for 19 years. Alvin’s life was grounded in principals he embraced as a young man: faith, family, farming, and community service. He was raised in the Cedar Christian Reformed Church and joined the Central Reformed Church after his marriage. He served in many capacities including: deacon, elder, Sunday school teacher and superintendent, and youth leader. He and Marcia also enjoyed southern gospel music and attended many concerts in the surrounding area. The Van Maanens loved camping; they enjoyed weekend trips, extended vacations in their camper, and 45 years of trips to the Iowa State Fair. Traveling was a way to relax, get away from the demands of daily life and strengthen the bonds of family and friends. When Alvin’s children were young, he embraced the role of coach for Little League and Babe Ruth baseball. He also served as a 4-H leader for many years. The seed that was the love of farming and the respect of the land planted in him as a boy never stopped growing. Each year he looked forward to that beautiful cycle from planting to harvest and generously shared the bounty with friends and family. Several of his children and many grandchildren inherited that same interest in agriculture. Alvin served his community by serving on the Mahaska County Farm Bureau Board, Mahaska County Rural Water Board, Mahaska County Pork Producer Board, Garfield Township Trustee, and the Swine Superintendent at the Southern Iowa Fair. Alvin enjoyed sports his whole life: he played basketball well into his 50’s and church league softball and fastpitch softball, well into his 60’s. He was also a loyal follower of William Penn basketball and baseball and all Oskaloosa Indian sports. Alvin’s family includes his wife of 61 years, Marcia; his children: Denise and Ronnie Oberle of Walnut, Illinois; Mike and Lori Van Maanen of Centralia, Missouri; Jeff Van Maanen (friend – Lynne Veldhuizen) of Oskaloosa; Steve and Valerie Van Maanen of Oskaloosa. He was blessed with nine grandchildren: Garth and Brittany Legvold, Moriah and Kyle Peterson, Paige and Jesse Scott, Erin and Bryce Higginson, Kaitlyn and Jake Nelson, Meredith and Brian Buchmeier, Kaden and Jenna Van Maanen, Gerrit Van Maanen, and Leah Van Maanen. He was the proud great-grandfather of ten great-grandchildren: Kinsley, Whitt, Parker, and Anders Legvold; Beckett and Wade Scott; Cole, Stetson, and Hallie Higginson; and Tenna Nelson. He is also survived by a sister, Joyce Groenendyk of Oskaloosa; a sister-in-law, Charlene Van Maanen of Sully; a brother-in-law and sister-in-law, Clarence and Joyce Rempe of Pella; and many nieces and nephews. In addition to his parents, Alvin was preceded in death by a son, Steve Van Maanen, a brother, Kenneth Van Maanen and his parents-in-law, Lester and Edna Klein. Funeral Services for Alvin will be held at 10:30 a.m., Monday, December 30, 2019, at Central Reformed Church with Reverend Jon Nelson officiating. A family prayer service will precede the service at 10:15 a.m. in the east lounge of the church. Burial will be in Evergreen Cemetery near Leighton. Visitation will begin at 10 a.m., Sunday, at Langkamp Funeral Chapel; the family will greet visitors from 2-5 p.m. Memorial contributions can be made to Central Reformed Church Building Fund or Mahaska Health Serenity House.

The family of Alvin Van Maanen created this Life Tributes page to make it easy to share your memories.