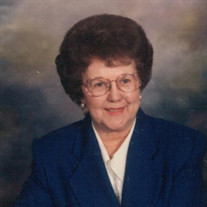 Bernice E. Veldhuizen, 96, of Oskaloosa, passed away February 1, 2021, at the Mahaska Health Partnership Hospice Serenity House. Bernice Elva Veldhuizen, daughter of John and Jennie (Van Engelenhoven) Kool, was born April 4, 1924, at the home of her parent’s near Leighton, Iowa. She attended Prine School and then Oskaloosa High School. Following her education Bernice worked at the Continental Overall Factory. December 5, 1942, Bernice and Richard E. Veldhuizen were united in marriage in Louisville, Kentucky. They remained in Kentucky until January of 1946 because Rich was stationed at Fort Knox; while Bernice was there she worked at a cap factory. Upon Rich’s discharge they moved to the Fremont area where they settled on a farm. Bernice was a true helpmate to Rich on the farm. They retired from farming in 1984 and moved into Oskaloosa. Bernice was a member of the First Christian Reformed Church in Oskaloosa where she was active in the Ladies Bible Hour, serving as president numerous times and organizing and serving countless funeral lunches. She was a member of the Mahaska Health Partnership Auxiliary for many years, working in the snack bar and gift shop. Bernice was also a member of the Gideon Auxiliary, the Oskaloosa Women’s Club and the Democratic Women. Many will remember her service as an election volunteer as well. Bernice gave of herself in so many ways to her community and family, but her true delight was her grandsons and their families. Bernice is survived by a son, Johnny (Ongie) Veldhuizen of Blairsville, GA; her grandsons: Randy (Kim) Veldhuizen of Oskaloosa and their children: Cody (Jacquelin) Veldhuizen, Sarah (Jay) Wills, Gregory (Andy Corbin) Haines, and Logan Ashman; and Robert (Jill) Veldhuizen of Eddyville and their children: James Veldhuizen and Emma McDonough; and her extended family: Leo and Ann Veldhuizen of Albia, Iowa. In addition to her parents, Bernice was preceded in death by, Richard, her husband of 68 years and her sisters: Wilma Beekhuizen and Freda Roozeboom, both of Pella, and her brother Elmer Kool. Funeral Services will be held Friday, February 5, 2021 at the First Christian Reformed Church in Oskaloosa, with Rev John Spronk officiating. Burial will be in the Forest Cemetery. Open visitation will be held at the Langkamp Funeral Chapel on Thursday, February 4, 2021 from 12pm – 7 pm. According to the rules put in place by the Iowa Department of Public Health, proper social distancing and appropriate personal protective equipment are required for attending these public events. In lieu of flowers, memorial contributions may be made to the Gideons, Mahaska Health Partnership Hospice Serenity House, or the First Christian Reformed Church.

The family of Bernice E. Veldhuizen created this Life Tributes page to make it easy to share your memories.