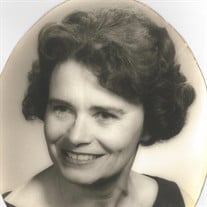 Betty Cuffe, 95, of Oskaloosa and formerly of Detroit, MI, passed away Monday morning, August 9, 2021, at the Mahaska Health Hospice Serenity House in Oskaloosa. Betty Jean Cuffe, daughter of William Rainey and Alvina Margaret (Dammann) Melton, was born August 2, 1926, in Carroll, Iowa. When she was a small child, the family moved to Oskaloosa, where she was a 1944 graduate of Oskaloosa High School. She soon moved to Phoenix, where she pursued her career in dental hygiene and was employed at a dental office. She subsequently moved to Detroit, MI, and that was where she raised her family. While her children were in school, she was active in the P.T.A. and was elected to the local school board. She was later appointed to the State of Michigan’s Board of Education and served several terms in the ’60s and ’70s. After Betty’s children were raised, she returned to her profession in dental hygiene. In her free time, she enjoyed playing golf. In 2015, Betty moved to Oskaloosa to be near her family. Her family includes her son, Louis Ploussard of Oskaloosa, a daughter, Yvonne Leigh Ploussard of Canton, MI; a grandson, John (Katie) Mayer of Canton and their daughter, Allison; a granddaughter, Cynthia (Douglas) Schuchardt of Brea, CA and their son, Shane; a sister, Margaret White of Oskaloosa; a step-son, Troy (Ellen) Krumm of Ankeny, IA and five nieces and nephews. In addition to her parents and her husband, Betty was preceded in death by a son, Terry. As was her wish, Betty’s body has been cremated. Langkamp Funeral Chapel & Crematory has been entrusted with Betty’s final arrangements.

The family of Betty Jean Cuffe created this Life Tributes page to make it easy to share your memories.

Betty Cuffe, 95, of Oskaloosa and formerly of Detroit, MI, passed...

Send flowers to the Cuffe family.