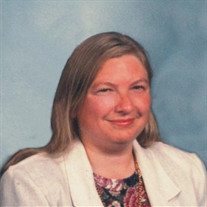 Beverly Dickinson, 71, of Oskaloosa passed away Monday, March 25, 2019, at the Mahaska Hospital in Oskaloosa. Beverly K. Dickinson, daughter of Kenneth and Ann (Taylor) Buckingham, was born June 9, 1947, in Des Moines, Iowa. The family lived in Prairie City, and she was a 1965 graduate of Prairie City High School. She furthered her education at William Penn College studying elementary education. Wm. Penn was also where she met her future husband, Marlowe Dickinson. After graduation in 1969, they married June 22, 1969, at the Central United Methodist Church. They made their home in Oskaloosa and Bev was hired as a second-grade teacher at Lincoln Elementary School. She taught there three years before her eldest son was born when she stayed at home to care for him. Although Bev no longer taught in schools, she was still a teacher at heart and loved interacting with children. When her sons were youngsters, Bev became involved in Cub Scout Pack #71, and as they grew older and joined Boy Scouts Troop #71, Bev transitioned with them in the organization. After her children had aged out of the program, Bev remained active in Boy Scouts with Troop 52 in Sigourney, Iowa. Over the years, she served as Troop Committee Chairman and also filled many other roles in the scouting organization at both at the district and council levels. Bev’s passion for scouting extended into her entire family, Marlowe assisted her with many projects and her daughter, Rebecca, was at her side, learning right along with the boys. Bev also was involved with PTA when her children were in grade school. After her son, Matthew, passed away in 2006, Bev participated in the Parent’s Bereavement Support Group at Mahaska Hospital. She was also a treasure hunter at heart and loved attending flea markets. She was a member of Central United Methodist Church. Her family includes her husband of almost 50 years, Marlowe of Oskaloosa; her children: Eric and Rachel Dickinson of Vinton, IA and Rebecca Dickinson of Coralville, IA; four grandchildren: Emma, Brant, and Zachary Dickinson and Emily Dickinson and Emily’s sister, Alivia Schmidt. She is also survived by two sisters: Judi (Wayne) Bishop of Covington, CA and Janet Nixon of Ankeny, IA; and her brothers and sisters-in-law: David and Barb Dickinson of Oskaloosa, Douglas Dickinson of Ankeny, and Jim and Kathy Dickinson of West Des Moines; and several nieces and nephews. In addition to her parents, Beverly was preceded in death by her son, Matthew Dickinson. Funeral Services for Bev will be held at 10:30 a.m., Friday, March 29, 2018, at Langkamp Funeral Chapel with Rev. David Aanonson officiating. Burial will be in Forest Cemetery. Visitation will begin after 10 a.m., Thursday at the funeral chapel; the family will be present from 5-7 p.m. to greet visitors. Memorials can be made to the Oskaloosa Ecumenical Cupboard or the George Daily youth theater program.

The family of Beverly K. Dickinson created this Life Tributes page to make it easy to share your memories.

Send flowers to the Dickinson family.