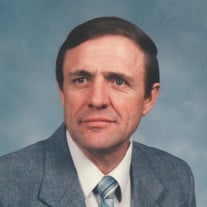 William “Bill” Van Houweling of Rose Hill, Iowa, passed away on March 1, 2022, at his home at the age of 87. Bill was born to John Henry and Ina Visscher Van Houwelingen at home in rural Eddyville, Iowa in 1935. In 1940, Bill attended first grade at Hedrick Consolidated Schools. He went to Hopewell Country School from second through eighth grade. During the middle of his eighth-grade year, the family moved to Pella, Iowa, where Bill graduated from Pella Public High School in 1952. While in high school, he participated in Future Farmers of America, serving as the president and recorder for several years. He was also a member of the National Honor Society. After graduation, Bill was self-employed in farming and construction work. In 1957, Bill moved to Denver, Colorado, working for Fairmont Foods until 1960. He moved back to Iowa in 1960, joining Waal/Rexroth Construction Company and Oskaloosa Builders constructing homes until 1996. They built over 300 quality homes in the Oskaloosa area. Then, Bill became sole owner of Oskaloosa Builders in 1980, building beautiful homes until he retired in 1996. From 1988 to 2007, Bill worked many long hours in the real estate rental business keeping up the properties. Bill was united in marriage with Judith (Judy) Andrews on February 15, 1975, at the Oskaloosa Church of the Nazarene. They made their home in Oskaloosa, Iowa, before moving to Rose Hill in 1991. Bill had many hobbies, mostly involving the outdoors. Bill was an avid hunter bringing home an elk annually from his trips out west for many years. Bill loved to trap, especially coyotes. He also loved raising horses on his acreage that he later would sell. Bill spent countless hours building a water wheel on his property and was very proud of this accomplishment. Bill was privileged to travel to many countries, including Kenya, South Africa, Ecuador, and Peru, to help with church building projects. Bill especially enjoyed the African safari he was able to experience. Bill was a member of the Reformed Church of America in Pella, Iowa, during his youthful years. Bill later was an active member of the First Church of the Nazarene in Oskaloosa, serving on the church board and singing in the choir for many years. Most recently, Bill attended and served the Omega Church in Oskaloosa. Left to cherish Bill’s memory are his wife Judy of 47 years; his children: Sheryl (Steve) Putz of Forest City, IA, Cindy (Dan) White of Nevada, IA, and Steve and (Melissa) Van Houweling of Oskaloosa, IA; grandchildren: Christina (Allen) Goodlaxson of St. Anthony, IA, Kelli (Tyler) Cartee of Austin, MN, Brett (Jen) Putz of Boone, IA, Tyler Putz and Josh Putz both of San Diego, CA, Brooke (Derek) Seddon of Knoxville, IA, and Blake Van Houweling of Oskaloosa; great-granddaughters: Brooklyn Goodlaxson and Wrenley Seddon. Bill is also survived by his brother, Robert (Lois) Van Houwelingen of Pella, IA; nephews: David (Brenda) Van Houwelingen, and Dennis (Maya) Van Houwelingen; a niece, Denise (Scott) Hansen; sister-in-law, Barbara Messer of Spring Hill, KS, a niece, Kathy (Jose Moreira) Messer of Pontevedra, Spain; along with many cousins and good friends. Bill is preceded in death by his parents, John Henry and Ina Van Houwelingen; mother and father-in-law, Willard and Marjorie Andrews; brother-in-law, Don Messer; nephew, Scott Messer, and niece, Kristina Messer; and sister-in-law, Arlene Van Houwelingen. Funeral services will be at Langkamp Funeral Chapel in Oskaloosa, Iowa, on Saturday, March 5 at 2 P.M., with visitation to take place at 1 P.M. before the service. Interment will be in Forest Cemetery. Memorial contributions can be made to Omega Church in Oskaloosa, Iowa.

The family of Bill Van Houweling created this Life Tributes page to make it easy to share your memories.