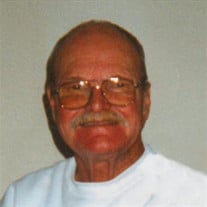 Charles Clark, 77, of Oskaloosa passed away Sunday, October 27, 2019, at Northern Mahaska Specialty Care in Oskaloosa. Charles Alvin Clark, son of Charles Mac Clark and Violet (Holmberg) Clark Raymond, was born on October 5, 1942, in Wahiawa, Hawaii. He was a 1960 graduate of Waianae High School and then served in the U.S. Army. After he was discharged, he began his own painting business, Clark’s House Painting, and specialized in exterior and interior building painting. Charles moved between Hawaii, California, and Iowa several times through the years, and continued to paint in each location. He also drove and owned a cab in Hawaii for a time. Charles loved animals and even had a pet rooster named “Henry”! He was an avid racing fan in Hawaii and was an enthusiastic NAS-CAR and Packer’s football fan. He was also a great back-yard mechanic and could fix anything. He enjoyed fishing, and he enjoyed cooking and was an excellent cook. Charles was a devoted Christian; the last days of his life were spent listening to scripture and devotions: in communion with his Lord Jesus Christ. His family includes his children: Jamie Barut, Charlene (David) Stevens, and Toni Ann (Stephen ) Travis, all of Kapolei, Hawaii, Francine Stevens of Converse, Texas, Josiah (Megan) Doughty of Mississippi, and Cody Clark and Ashton Clark of California; ten grandchildren; six great-grandchildren; his sisters: Caroline (Elvin) Fisk of New Sharon and Shirley Silva of Maili, Hawaii; his step-sister, Victoria Raymond of Tumwater, Washington; and step-brother, Frank Raymond of California. In addition to his parents, Charles was preceded in death by an infant son, Charles, and two sisters, Beverly Ekau and Marie Lee. As was his wish, Charles' body has been cremated, and his ashes will be sent to Hawaii to be scattered at sea. Langkamp Funeral Chapel & Crematory has been entrusted with his arrangements.

The family of Charles Alvin Clark created this Life Tributes page to make it easy to share your memories.

Send flowers to the Clark family.