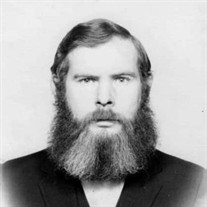 Dan Kalbach, 81, of Oskaloosa, passed away at the Pella Regional Health Center on Wednesday, November 10, 2021. Daniel Warren Kalbach, son of Huber "Dusty" and Margaret "Peg" Susan (Cunningham) Kalbach, was born December 27, 1939, in Upland, California. He grew up in Alta Loma, CA, and graduated from Upland High School in 1958. He furthered his education at Chaffey College in Rancho Cucamonga, CA, where he studied Engineering Graphics and then attended Cal-Poly State University. On June 18, 1964, Dan entered the U.S. Navy and served in Vietnam for almost 14 months before his discharge on December 16, 1966. The Kalbach family had owned a lumber yard in Oskaloosa since 1864, and Dan had spent many summers with family there. In 1967, he moved to Oskaloosa to operate the family business. He ran the business for many years and then owned and operated ACE Hardware Store. Dan never lost his love of engineering, and when he closed the store, he started working for S&K Racing, a company that produced devices and vehicles for remote control racing. Dan later held several positions with the City of Oskaloosa, including working with the street department and concluding as a building inspector. Dan married Jean Glendening on June 8, 1972, in Oskaloosa. They lived for many years in the Kalbach home at the corner of A Ave. and North 7th ST. Before moving their family to another Kalbach property in Rochester overlooking the Des Moines River. Dan was a member of the American Legion and the Masonic Lodge in Oskaloosa. He enjoyed rebuilding fire trucks for the Oskaloosa Shrine Club to be used in local parades. Dan loved racing in all forms. He was most proud of “The Winger,” a car he built and raced at the Bonneville Salt Flats and El Mirage Dry Lakes. In the course of his racing career, he set six land speed records. His fastest record was 163 mph in 1985. Dan passed on his love of building and racing cars to his children through Soap Box Derby, taking a car all the way to both the National and World Championships in 1987. And also, to his grandson, Syd through RC car racing. Dan also shared his love of photography, aviation, and archery with his grandchildren. His family and friends will fondly miss and remember him as a "Walking Encyclopedia of Information." Dan’s family includes his wife, Jean of Oskaloosa; his children: Anna Kalbach of Oskaloosa, Susan Kalbach of Milwaukee, WI, Katherine Kalbach (Zack Johnson) of Keota, IA, Jenny Kalbach of Fremont, IA; eight grandchildren: Briana Kalbach, Kaitlin Kalbach, Maura Kalbach, Syd Kalbach, Vivian Johnson, Elaina Johnson, Victoria Kalbach and June Straka. In addition to his parents, Dan was preceded in death by a brother, Charles Kalbach, and two sisters: Mary Newsom and Sybil Ann Bernard. Dan's funeral services will be held at 11 a.m., Saturday, November 13, 2021, at Langkamp Funeral Chapel. The burial will be in Union Mills Cemetery. Visitation will be held from noon to 6 p.m. on Friday at Langkamp Funeral Chapel. The family requests that all those attending the visitation or funeral please wear masks. Memorial contributions can be made to Trees Forever in Oskaloosa.

The family of Dan Kalbach created this Life Tributes page to make it easy to share your memories.

Dan Kalbach, 81, of Oskaloosa, passed away at the Pella Regional...

Send flowers to the Kalbach family.