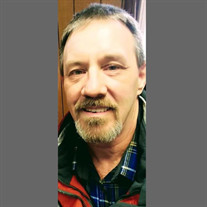 David Clark, 62, of Key West, FL, and formerly of Oskaloosa, passed away Sunday, August 8, 2021. David Joseph Clark, the second child born to David and Dorothy (Sellers) Clark, was born June 24, 1959, in Dubuque, Iowa. His family moved to Oskaloosa in 1962, where David attended school. He received his G.E.D. in 1989. He graduated from Indian Hills Community College with a B.S. degree in Computer Science in 2014. In 1992, David married Connie (Dugger) Gragg, and they had a son, David Julian (Clark) Gragg. David enjoyed reading, watching movies, hunting for morel mushrooms, and especially loved fishing. His hobbies were tooling leather, woodworking, and automotive restoration. David’s family includes his son, Daniel Gragg of Oskaloosa; sisters, Cindy (Tracy) Stamp of Iowa City; Kim (Steve) Stek of New Sharon and Barb (Ron) Witt of New Sharon; and nine nieces and nephews. He was preceded in death by his paternal and maternal grandparents; his father, David Clark; his mother, Dorothy Pugh; and an infant nephew, Andrew Wiggins. As was his wish, David’s body has been cremated. Langkamp Funeral Chapel & Crematory has been entrusted with his arrangements. In lieu of flowers, memorial contributions may be sent to the family via Langkamp Funeral Chapel.

The family of David Clark created this Life Tributes page to make it easy to share your memories.

Send flowers to the Clark family.