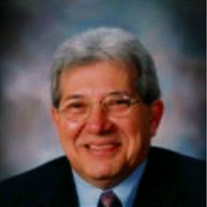 Donald McCartie, 72, of Oskaloosa passed away Saturday morning, August 24, 2019, at the Mahaska Health Hospice Serenity House. Donald Gene McCartie, son of James Donald and Barbara Jean (Purvis) McCartie, was born August 4, 1947, in Oskaloosa. He was raised in Beacon where he attended elementary school. He was a 1965 graduate of Oskaloosa High School. Don soon went to work for Brown’s Shoe Fit, where his life-long career as a salesperson first blossomed. He went on to manage and then own Sport’s World where he sold camper and motorcycles; this era was a fun time for his family because Don was obliged to take each camper on a test run at numerous parks in the area. Don’s next sales venture was with Anderson-Erikson Dairy operating a sales route in various communities near Iowa City and Oskaloosa. He ventured into the car parts business when he opened Don’s Auto Parts, just off A Avenue on North A Street. He eventually worked for Arnold Auto Supply for a time before pursuing his Realtor’s License. He initially worked for Hook Realty and went on to work for Gatton and Murray Real Estate. Don married Mary Lue Jones May 21, 1969, in Rock Island, Illinois and they made their home in Oskaloosa. As a young man, Don was involved in the Jaycees, and he also coached his children’s Little League teams. He loved cars and rebuilt many wrecks and for a time owned several old cars and displayed them at car shows in the area. Don loved his family and never missed his grandkids activities. He and his brother Dan enjoyed traveling together pursuing his latest internet find. Breakfast dates with Dan and his step-dad, Conrad Germain were something he always made a priority. Don Loved life, he was a skilled salesman, he never knew a stranger, and he was delighted that he was soon to be a great-grandfather. Don is survived by his family, Amy Hamilton and Chad McCartie, both of Oskaloosa; seven grandchildren: Meagan, Ali (Brandon), Maddie, Austin, Logan, Jenna, and Marley; a brother, Dan McCartie; a special friends: Roxanne Schultz of Oskaloosa; companion, Nancy Theobald of Ankeny; and two schnauzers: Sadie and Sophie. In addition to his parents, Don was preceded in death by Mary Lue. Funeral services for Don will be held at 10:30 a.m., Wednesday, August 28, 2019, at Langkamp Funeral Chapel with Pastor Mike Sereg officiating. Cremation will follow the service. Visitation will begin after 11 a.m., Tuesday; the family will greet visitors from 5-7 p.m. Memorial contributions can be made to Mahaska Health Hospice Serenity House.

The family of Donald G. McCartie created this Life Tributes page to make it easy to share your memories.

Send flowers to the McCartie family.