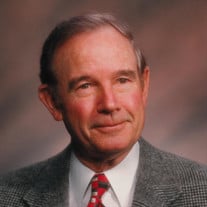 Donald Molyneux, 102, of Oskaloosa, IA, and formerly of Thiensville, WI, passed away Wednesday, November 3, 2021, at the Oskaloosa Care Center. Donald Albert Molyneux, son of Albert and Agnes (Warnock) Molyneux, was born July 17, 1919, in rural Mahaska County, near What Cheer, Iowa. Don attended What Cheer High School and graduated at the age of 16. He then furthered his formal education at Capital City Commercial College in Des Moines, IA. Don was selected in the first draft of the United States Army, for World War II, in 1939. He moved to Fort Knox, KY, to complete his basic training. Don served during World War II with General Patton and General Eisenhower and was stationed in Italy and North Africa from November 1940 to October 1945 in the armored division. Don retired from the United States Army as a Lieutenant Colonel. We owe a debt of gratitude to Don for serving in the armed services and sacrificing so much to protect our nation and our way of life. After his honorable discharge, he continued to serve in the United States Army Reserves. When Don came home, he wasted no time and two months later married the love of his life, LaVerne Clark, on December 22, 1945. Don began working for the National Cash Register Company in Racine, WI, as a field representative. He stayed with the company for 40 years. Don was committed to community service. He served 38 years of exemplary service to the Thiensville, WI community as both Village Trustee and twice as President. Don received numerous awards which include: Citizen of the Year – 1999, Thiensville-Mequon Town Center Committee Award-2005, United States Senate Recognition for Community Service – 2006, Donald A. Molyneux Park in Thiensville, WI – 2004, Ambassador of Thiensville, WI to Tomisoto, Japan – 2003, and Ozaukee County Board of Supervisors Commendation – 2006. He was also a member of the Thiensville-Mequon Lions Club and The Faith Chapter of the Masons. Don was blessed to fly with his fellow servicemen and take an Honor Flight on May 2, 2010. It was a 747 Honor Flight from Milwaukee to Washington D.C. Don’s hobbies included bowling, golf, and attending the University of Wisconsin Badgers football games. Don was a Methodist Church member and enjoyed traveling to Hawaii, Europe, the Bahamas, and England. One of Don’s all-time favorite activities was dancing with his beloved bride, LaVerne. They loved to dance so much, and they even had a dance floor in their basement. Don’s family includes his wife of over 75 years, LaVerne of Oskaloosa, Iowa, and many nieces and nephews. Don was preceded in death by his parents, three brothers: Cleo, Marvin, and William Molyneux, and two sisters: Wilma Hudson and Betty Luers. Funeral Services for Don will be held at 10:00 a.m., Saturday, November 6, 2021, at Langkamp Funeral Chapel and Crematory in Oskaloosa, IA, with Reverend Molly Goodrich officiating. Burial will be in Indianapolis Cemetery, near What Cheer, IA, with Military Honors by the Oskaloosa Honor Guard. Visitation will begin at 9 a.m., Saturday at Langkamp Funeral Chapel. Memorials can be made to the Village Park Reimagined fund of Thiensville, WI, or the Indianapolis Cemetery.

The family of Donald A. Molyneux created this Life Tributes page to make it easy to share your memories.

Donald Molyneux, 102, of Oskaloosa, IA, and formerly of Thiensville,...

Send flowers to the Molyneux family.