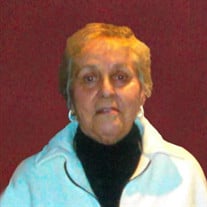 Donna Osborn, 92, of University Park, passed away Saturday, February 13, 2021, at the Mahaska Health Hospice Serenity House in Oskaloosa. Donna Jean Osborn, daughter of Thomas Sandford and Helen (Wyngardner) Allgood, was born February 17, 1928, in Charles City, Iowa. The family moved to Oskaloosa and then University Park when Donna was a youngster. She was a 1945 graduate of Oskaloosa High School and then began working for her uncle and aunt as a waitress at Kides Café in Ottumwa. She later worked as a secretary for Roger Williams in his insurance business and then for Mahaska Bank as a bookkeeper. On July 16, 1950, she married L.J. Osborn; they made their home and raised their five children in University Park. She and L.J. were real partners in the many family business ventures, including construction, sanitation removal, asphalt installation and repair, a car wash, a convenience store, and a restaurant including Dr. Salamis in Oskaloosa, which operated from 1986 to 2003. She was an essential contributor to these businesses, and her warm, pleasant smile will be long remembered. Donna enjoyed being active and visiting with her family and friends, she enjoyed bowling until she was 91 years old. In 2007, it was determined that Donna was the longest living resident of University Park and she was crowned Queen for a Day. Her family includes her children: Debra (Doug) Van Rees of Canfield, OH, Rex Osborn (Sue Else) of Savannah, GA, Gregg (Holly) Osborn of University Park and Terry (Mary Ann) Osborn of University Park; eleven grandchildren and 13 great-grandchildren. She is also survived by a sister, Mary L. Mashak of Wilsonville, OR and a brother, James (Sharon) Allgood of Princeton, IL. In addition to her parents, Donna was preceded in death by her husband, L.J. of 40 years, and a daughter, Lisa Osborn. As was her wish, Donna’s body has been cremated and a celebration of her life will be held later. Memorial contributions can be made to the Christian Opportunity Center in Pella or to the Mahaska Health Foundation for Hospice. Langkamp Funeral Chapel & Crematory has been entrusted with Donna’s final arrangements.

The family of Donna Jean Osborn created this Life Tributes page to make it easy to share your memories.

Send flowers to the Osborn family.