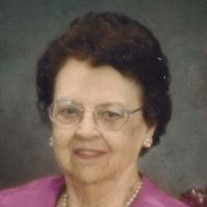 Dorothea Wolf: Dorothy passed away Tuesday at Bartels Lutheran Retirement Home in Waverly, IA at the age of 90 years, six months and 24 days. Dorothy was married to James Wesley Wolf, who worked in the construction trade, and also had a cabinet shop. After her children were in high school, she returned to class as a student herself and received a Masters Degree in Education from Drake University in Des Moines, Iowa. In addition to teaching, Dorothy was also a business woman. She was a Direct Distributor with the Amway Corporation, and traveled throughout the United States leading and conducting sales meeting for that corporation. Dorothy was also very active as a volunteer and community leader. For more than 30 years she was active with the Mahaska County and the Iowa State American Cancer Society. She was responsible for setting up the first ""Loan Closet"" in Iowa for the Cancer Society -- from which patients and families had access to hospital beds, breathing machines, feeding units, ect. She was also a leader in the interdenominational group of the King's Daughters. She is a member of the First Christian Church of Oskaloosa, and a past General President of the Christian Women's Fellowship Group, and a co-leader of the ""Joy Group"" of First Christian Church. She was also a member of Eastern Star, and was active in Mahaska County Crime Prevention Organization. Dorothy was born June 3, 1913 in Beacon, Iowa and graduated from Oskaloosa High School. She attended William Penn College and obtained her BA degree from Drake University in Des Moines,Iowa. She taught school at the Algood School, a one-room country school in rural Mahaska County. While teaching, she also worked at the Evans and Wolf Hatchery and Grocery store in Oskaloosa. Additional teaching jobs took Dorothy to Pella where she taught third and fourth grades for five years; then to Davenport where she taught fifth grade for several years. She then went to Sigourney and there she taught Special Education in the high school for eight years. Dorothy is survived by three sons: Cliff and Jan Wolf of Houston, Tx., Jim and Phyllis Wolf of Ellicot City, Md., and Gerald and Linda Wolf of Waverly, Iowa. Seven Grandchildren; Todd and Ruth Wolf of Katy, Tx.; Lisa and Jim Mullins of Rowlett, Tx.; David and Michelle Wolf of Houston, Tx.; Christy and Paul Yingling of Union Bridge, Md.;Scott and Mary Wolf of Frederick, Md.; Maud Wolf of Iowa City, Ia.; and Jenny and Shanne Edmundson of New Sharon, Ia., and thirteen Great Grandchildren. She was preceeded in death by her parents and her husband, James Wesley Wolf. PDF Printable Version

Dorothea Wolf: Dorothy passed away Tuesday at Bartels Lutheran Retirement Home in Waverly, IA at the age of 90 years, six months and 24 days. Dorothy was married to James Wesley Wolf, who worked in the construction trade, and also had a cabinet... View Obituary & Service Information

The family of Dorothea Wolf created this Life Tributes page to make it easy to share your memories.

Send flowers to the Wolf family.