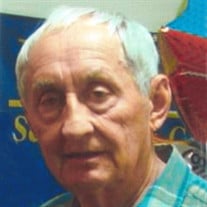 Dwight Van Zee, 79, of Pleasant Hill and formerly Oskaloosa passed away Thursday, September 16, 2021, at his home in Pleasant Hill. Dwight E. Van Zee, son of Paul and Velda (Klinker) Van Zee, was born February 20, 1942, in Oskaloosa, Iowa. Dwight was a graduate of Oskaloosa high School and then married his high-school sweetheart, Virgie Dickerson, on June 21, 1959, in Clarinda, Iowa. He attended William Penn College for a year before joining his parents at Van Zee Motors in 1961. Dwight worked at the family business until 1991, when he took a position as service manager at Lafrenz Motors. In 1996, he went to work at Century Homes of Oskaloosa; Dwight retired in 2004. After his retirement, Dwight was free to pursue riding his cycle and traveling more fully. He and Virgie traveled by motorcycle or in their motorhome, all over the U.S. and Canada and a seven-week trip to the coast of California and a seven-week trip to Canada and Alaska were among their most memorable travels. Dwight also enjoyed the Knoxville races on Saturday nights and attending all of his grandson’s sporting events. He was a member of the Rose Hill Community Church. Dwight’s family includes his wife of 62 years, Virgie of Pleasant Hill; his children and their spouses: Rick and Virginia Van Zee of Pleasant Hill, Iowa and Marlys and Slade Speers of Monroe, Iowa; three grandchildren: Crystal Lewis-Van Zee, Dalton (Taylor) Speers and Sheldon (Katie) Speers. Dwight was preceded in death by his parents. Funeral services for Dwight will be held at 2 pm, Monday, September 20th, 2021 at Langkamp Funeral Chapel with Pastors Del Bittner and Mike Sinnett of the Rose Hill Community Church officiating. As was his wish, his body will be cremated after the service. Private burial of his ashes will be in Forest Cemetery. Visitation will begin at 10 a.m., Monday on September 20th, 2021; the family will greet visitors from 1:00 p.m. to service time. Memorial contributions can be made to The Rose Hill Community Church or the First Assembly of God in Oskaloosa.

The family of Dwight Van Zee created this Life Tributes page to make it easy to share your memories.