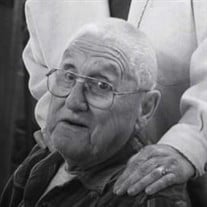 Eddie “Beeler” Hoover, 77, of Oskaloosa passed away Sunday night, May 24, 2020, at Crystal Heights Care Center in Oskaloosa. Eddie Roy Hoover, son of Carroll Max and Opal Idah (Nance) Hoover, was born June 5, 1942, in Oskaloosa, Iowa. Eddie was raised in Greenview Addition on the west side of Oskaloosa – the “rougher part of town- in a tar-paper shack with a dirt floor. He went to Oskaloosa schools but enlisted in the Navy before finishing high school. Later in life, due to his drive and determination, he did earn his G.E.D. After an honorable discharge from the Navy, Eddie returned to Oskaloosa and began working for Carlson Construction, operating heavy equipment, a job he truly enjoyed. Next, he worked as a jailer for the Mahaska County Sheriff’s Department and did construction work independently. His last employment was with the Mahaska County Secondary Road Crew. Eddie married Judith Grandia in the late ’50s; to this union, two children: Carroll and Becky were born. They later divorced. He married Marilyn Hibler on January 12, 1974, in Oskaloosa, and with that union, he gained two more children: Dennis and Cindy. Eddie was a past member of the V.F.W. He loved the great outdoors: camping, fishing, and mushroom hunting. He also savored tipping a cold Pabst Blue ribbon, and later in life, genealogy became a passion. His family includes his wife, Marilyn of Oskaloosa; his son, Carroll Hoover of Oskaloosa and his children: Samantha (Tim) McHawes of Oskaloosa, their children: Kyle, Jackson, and Madilyn; Jeremy (Ashley) Hoover of Oskaloosa and their son, Silas; Kale Hoover of Oskaloosa; his daughter, Becky Netten of Oskaloosa and her children: Amber Thomas of Pella and her children: Emily Lanphier (her son-Riggin Miller) and Mason and Lincoln Thornbrugh, and Landon Findley of Oskaloosa. His step-daughter survives him, Cindy (Mike Gatton) Peterson of What Cheer, Iowa, and her two children: Amy (Eric) Stout of Oskaloosa and their children: Dawson and Hunter Davis, and Michael (Staci) Peterson of New Sharon and their children, Grayson and Mahailey. His brother, Lee (Wilma “Peach”) Hoover of South Carolina and sister, Marie Doty of Oskaloosa, and many nieces and nephews, also survive Eddie. In addition to his parents, Eddie was preceded in death by a step-son, Dennis Hibler and a brother-in-law, Robert Doty. Funeral services for Eddie will be held at 1 p.m., Thursday, May 28, 2020, at Henness Cemetery in Mahaska County with Pastor Charles McMillian officiating. Open visitation with a limit of 10 persons in the building at any given time will be held from 10 a.m. to 6 p.m., Wednesday at Langkamp Funeral Chapel; due to COVID-19 precautions, the family will not be greeting visitors. Memorials contributions can be made to the Stephen Memorial Animal Shelter.

The family of Eddie Hoover created this Life Tributes page to make it easy to share your memories.

Send flowers to the Hoover family.