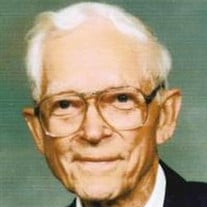 Edward Dykstra: Edward Dykstra, the son of Levi and Elizabeth (Kuiper) Dykstra, was born on the family farmstead near Otley, Iowa, on May 24, 1911. He passed away at the Hospice of Pella Comfort House, in Pella, Iowa, on April 5, 2004, at the age of 92 years, ten months, and twelve days. Ed is survived by his wife Diverta, of Oskaloosa; daughter Janice Utterback (Howard) Sears of Leon; son Roger (Marjorie) Dykstra of Londonderry, N.H.; daughter Peggy (John) Kirk of West Des Moines; daughter Nora (John) Mosher of Pleasant Hill; and son Mike (Anna) Dykstra of Pella. He is also survived by thirteen grandchildren?Jacque (Utterback) Ronnfeldt, Jon Utterback, James Utterback, Mark Dykstra, Trey Dykstra, Katherine (Kirk) Roccasecca, Jim Kirk, Joshua Mosher, Erika Mosher, Leah Dykstra, Stephen Dykstra, Julia Dykstra, and Thomas Dykstra; and ten great-grandchildren?Justin Ronnfeldt, Tyler Ronnfeldt, Matthew Ronnfeldt, Lauren Ronnfeldt, Jack Utterback, Ryan Utterback, Megan Utterback, Beau Dykstra, Garrett Dykstra, and Zoe Roccasecca. Ed grew up on the family farmstead and attended country school through the eighth grade. He worked with his father and brothers on the farm and on various threshing and clover hulling crews during the days of growing mechanization in agriculture. On January 1, 1937 Ed was united in marriage to Diverta Van Hemert at her parents house only a mile away from the Dykstra farmstead. They initially made their home on the farmstead, but moved to their own farm southeast of Oskaloosa in 1941. Ed and Diverta farmed there for many years and continued to live on the farm far past their retirement, moving to Oskaloosa in 1993. Although engaged in farming for most of his life, Ed will be mostly remembered for his love of building and restoring things ? whether furniture, toy trains, sleighs, antique farm tools, grandfather clocks, church bazaar items, or his own woodworking equipment. Many have benefited from his skill and craft ? his family, his church, and the Mahaska County Historical Society. He was proceeded in death by his father Levi, mother Elizabeth, brothers Gerrit, Ralph, and Abraham, and sister Gertrude. Ed will be remembered as a loving husband, father, grandfather, and friend. His smile and laughter always filled a room with joy. PDF Printable Version

Edward Dykstra: Edward Dykstra, the son of Levi and Elizabeth (Kuiper) Dykstra, was born on the family farmstead near Otley, Iowa, on May 24, 1911. He passed away at the Hospice of Pella Comfort House, in Pella, Iowa, on April 5, 2004, at the... View Obituary & Service Information

The family of Edward Dykstra created this Life Tributes page to make it easy to share your memories.

Send flowers to the Dykstra family.