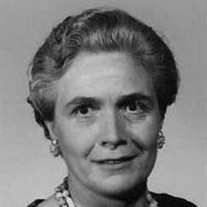 Elsie Coleman: Elsie passed away at Pleasant Park Estates in Oskaloosa on Tuesday morning, at the age of 87 years, 3 months and 18 days. Elsie's memory is honored by her daughter's June (Fred) Bauer of Dana Point, CA and Louise (Tom) Doman of Herriman, UT. She was blessed with four grandchildren: Cynthia (Ron) Kobus of Santa Ana, CA; Kristina Vander Heiden of Irvine, CA; Dan Doman of Garden Grove, CA and Joe (Heather) Doman of Riverton, UT; and three great grandsons: Steven W. Crocker, Michael J. and Jonathon L. Kobus all of CA; and two great great grandchildren: Austin Kobus-Greenway and Marlee Kobus-Orr, also of CA. One brother, Clarence Orr of Sunrise Beach, MO., survives her. Elsie Coleman, daughter of Clarence and Leona Schultz Orr was born March 6, 1916 in Brooklyn, IA; after her father's death, her mother married Claude Elam, who became a father to Elsie and her siblings, and the family moved to the Montezuma area. Elsie was a graduate of the New Sharon High School and went on to attend William Penn College and Drake University, where she received a Master's Degree in English Literature. Elsie married Harry L. Coleman on Sept. 22, 1934 in Des Moines, IA; they worked and raised their family on the Coleman Century Farm near New Sharon; it is still operated by the family yet today. Elsie began her teaching career at the age of 18 in 1935 at Cherry Grove and Bloomfield Country Schools; she then taught second grade at Jefferson Elementary in Oskaloosa and later became the librarian and instructor in the audio-visual department at the Oskaloosa High School. Her many students have pleasant memories of being in her classes. Elsie taught for a total of 47 years, retiring in 1981. With Elsie giving much time to her teaching career and education, Vera Coleman, her sister-in-law, lived with the family, helped with the farm and was like a sister to her. Elsie enjoyed gardening, baking and her work with the Historical Society at the Nelson Pioneer Farm; she was instrumental in the completion of the Mahaska County History Book published in 1984. She was preceded in death by her parents and her stepfather; one sister, Florence Reed; two brothers: Thomas Orr and Lawrence ""Bud"" Orr; and by a dear sister-in-law, Vera Coleman. PDF Printable Version

The family of Elsie Coleman created this Life Tributes page to make it easy to share your memories.

Elsie Coleman: Elsie passed away at Pleasant Park Estates in...

Send flowers to the Coleman family.