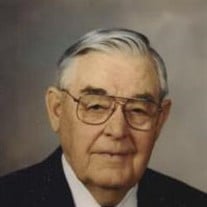 Ernest William De Bruin: Ernest passed away early Friday morning at the Shelter Care Unit of the Pella Regional Health Center at the age of 87 years, 7 months and 27 days. Ernest's memory is honored by his wife, Anna of Fair Haven in Pella; and his children: Wayne & Linda De Bruin of Oskaloosa, Donald and Patricia De Bruin of Oskaloosa, Janice & Frank Fronek of Orland Park, IL; eight grandchildren and their spouses: Jerry & Jill De Bruin of Oskaloosa, Sandra & Mike Roozendaal of Sully, Doug De Bruin & his fiancé, Robbyn De Boef of Oskaloosa, Randy & Elizabeth De Bruin of Oskaloosa, Pam & Kirk Veenstra of Oskaloosa, Steve & Amy De Bruin of Oskaloosa, Julie & Jason Wildebour of Ankeny, and Tim Engbers of Palos Heights, IL; 17 great grandchildren, five step grandchildren & their spouses and seven step great grandchildren; three brothers: Ray (Evadena) De Bruin, Calvin De Bruin, Marvin (Jeanette) De Bruin all of Oskaloosa; and six sisters: Helen Veldhuizen, Harriett Van Gilst, Lorena Plate, all of Oskaloosa; Mary Van Gilst of Pella, Nadine (John) Stek of Grand Rapids, MI; Evelyn (Thaymer) Jonker of Oaklawn, IL; two sisters-in-law: Kay Van Veldhuizen of Oskaloosa, and Ada (Gysbert) Rozenboom of Grand Rapids, MI. Ernest William De Bruin was born near Leighton, IA to Jacob & Anna Meppelink De Bruin on July 21, 1916. In 1918, the family moved to a farm south of Oskaloosa, where he grew up as a farm boy. He had many happy memories of growing up with 9 siblings. On Feb. 16, 1940 he was united in marriage to Anna Van Gilst at her parent's home in Wright, IA. Together, they farmed 3 years near Oskaloosa, then near Cedar for 5 years; and in 1949, they bought their farm north of Oskaloosa, where they lived until 1967. At that time they moved into Oskaloosa, where they enjoyed their retirement years. Ernest continued to be active with his sons in their farming operations. He was a member of the First Christian Reformed Church in Oskaloosa, where he served many years on the Church Council and the Building Committee; he served on the Oskaloosa Christian School Board and its Building Committee, the Pella Christian High School Board, and Dordt College Board. He enjoyed spending time with family, farming and caring for animals, and particularly the livestock auctions. Ernest and Anna enjoyed traveling, and when their children were at home, family vacations were important. In 2000 Ernest moved to the Sheltered Care Unit of Pella Regional Health Center due to health issues. Ernest was preceded in death by his parents; a son, Dwight Allen in infancy; a grandson, Jeffrey De Bruin and a son-in-law, James Engbers. PDF Printable Version

Ernest William De Bruin: Ernest passed away early Friday morning at the Shelter Care Unit of the Pella Regional Health Center at the age of 87 years, 7 months and 27 days. Ernest's memory is honored by his wife, Anna of Fair Haven in Pella;... View Obituary & Service Information

The family of Ernest William De Bruin created this Life Tributes page to make it easy to share your memories.