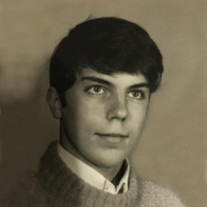 Glen Lester, 70, of Knoxville, passed away April 5, 2022, at Mahaska Health in Oskaloosa. Glen Raymond Lester, son of Herschel and Virginia (Hatfield) Lester, was born March 8, 1952, in Oskaloosa, IA. Growing up, Glen attended the Oskaloosa school system and graduated from Oskaloosa High School. Glen was very intelligent and scored in the top 1 percent of the Iowa Tests throughout his education. After his education, he began employment with Fareway grocery store. Glen married Judy Glandon, and to this union, a daughter, Nicole, was born. Glen and Judy later divorced. When Glen was a young man, he developed an infection in his ear, which turned out to be a very complicated tumor and was removed in surgery. After his surgery, Glen had difficulty with many activities that he previously enjoyed and became disabled, but he could do electronic repairs, specifically televisions. He also remained very talented with arts and music. Glen's family includes his daughter, Nicole Karma, of California; his two brothers: Brad (Debra) Lester of Pella and B.J. (Mary) Lester of Oskaloosa; and a sister Becky Clark of Barnes City; and many nieces and nephews. Glen is preceded in death by his parents, a brother-in-infancy, Gary, and a brother, Lee Lester. As were Glen's wishes, his body was cremated; a Celebration of Life Gathering and luncheon will be held from noon to 3 p.m. on April 30 at Federated Fellowship Church in Pella. Memorials may be made in his name to be designated at a later time. Langkamp Funeral Chapel and Crematory have been entrusted with the arrangements.

The family of Glen Lester created this Life Tributes page to make it easy to share your memories.

Send flowers to the Lester family.