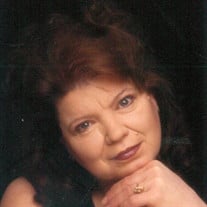 Glenda Dickerson, 69, of Oskaloosa passed away Friday morning, September 20, 2019, at the Northern Mahaska Specialty Care in Oskaloosa. Glenda Christine Dickerson, daughter of Ralph Edward and Lila Mabel (Hewitt) Dickerson, was born October 23, 1949, in Peoria, Illinois. She was adopted by the Dickerson’s in 1957 and moved to Oskaloosa. She was a 1969 graduate of Oskaloosa High School. Glenda’s first job was operating a fabric shop in Oskaloosa. She then went to work for Casey’s General Store in Beacon. She was with Casey’s for 18 years, and in 2004, she was hired as a cook for William Penn University. She retired in 2012. Glenda was a capable person; she was a skilled seamstress and enjoyed woodworking and making rugs. She also enjoyed her backyard Koi pond. Her family includes her siblings: Bill (Robbie) Albertson of Cedar Rapids, James Adams of Georgia, Velma (Albert) Green of Georgia, Tina (Mark) Price of Georgia, Nina (Paul) Neidlinger of Georgia, Tony (Denise) Adams of Georgia, Andy (Deborah) Augustine of Oxford, Iowa, Pat (Robert) Baltz of Maryland; a brother-in-law, Joe Coder of Knoxville; and many nieces and nephews. In addition to her parents, Glenda was preceded in death by a sister, Sandi Coder; two brothers: Likel Dickerson and Phil Statlander; and a nephew, Jay Statlander. Graveside funeral services will be held at 11 a.m., Tuesday, September 24, 2019, at Henness Cemetery with Rev. John Allard of the First Pentecostal Church officiating. The family will greet visitors from 9 – 10:30 a.m., Tuesday at Langkamp Funeral Chapel. At 10:30 a.m. a procession will form at the funeral chapel and proceed to the cemetery.

The family of Glenda Chrstine Dickerson created this Life Tributes page to make it easy to share your memories.