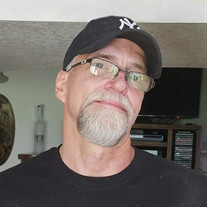 Greg Springer, 67, of Oskaloosa passed away Thursday, August 23, 2018, at the MHP Hospice Serenity House in Oskaloosa. Gregory George Springer, son of George Albert and Wilma Louise (Groves) Springer, was born December 24, 1950, in Oskaloosa, Iowa. He was a 1969 graduate of Oskaloosa High School and then attended the University of Northern Iowa from 1969-1973. He returned to Oskaloosa in 1973 to operate the family business, Springer Oil Company. He worked construction until 1984 when he began working at Pella Corporation in the maintenance department. He remained at Pella Corp. until 2018, when his health no longer permitted him to work. Greg enjoyed his work at Pella Corp. and had much respect for the company, and its people. Throughout his lifetime, Greg enjoyed all sports, but he had a passion for baseball, especially the New York Yankees team. He enjoyed music, motorcycles and playing billiards with his friends. Greg was blessed with two wonderful sons that brought enormous joy to his life; he cherished every moment he spent with them. One of his greatest pleasures was to accompany Julie to South Carolina to walk their daughter, Kelsey down the aisle on Myrtle Beach. His family includes his son, Dylan of Bussey, Iowa; sister, Rebecca (Joe) Eddy of Marshall, Missouri; and a step-brother, David (Barbara) Springer of Linden, WA. He is also survived by his companion, Julie Van Englehoven of Oskaloosa and her children: Kelsey (Terence) Johnson of Sioux City, Iowa and Eric Van Englehoven of Des Moines. In addition to his parents, Greg was preceded in death by his son, Derek. As was his wish, Greg’s body has been cremated. A private celebration of life service will be held at a later date. In lieu of flowers, the family requests memorial contributions are made to the MHP Hospice Serenity House in Oskaloosa. Langkamp Funeral Chapel and Crematory have been entrusted with his arrangements.

The family of Greg Springer created this Life Tributes page to make it easy to share your memories.

Send flowers to the Springer family.