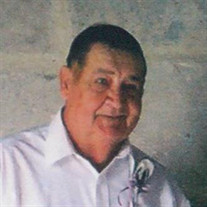 Gregory C. Kime, 97, of Fremont died peacefully Saturday, February 8, 2020, at his home in Fremont. Greg Clayton Kime, son of Roy LeRoy and Marie Agnes (Zalinski) Kime, was born on October 12, 1922, in New Sharon, Iowa. Greg was a1940 graduate of Oskaloosa High School and then enlisted in the U.S. Marine Corps. His basic training was at Camp Pendleton near Oceanside, California. He was deployed to the South Pacific during WWII and served his country with honor. Upon his return to Iowa, he joined the Oskaloosa Fire Department. June 14, 1944, he married Martha Louise McDowell at St. Mary’s Catholic Church in Oskaloosa. Shortly after that, they moved to the McDowell farm west of Fremont, Iowa. Greg took up farming and also worked as a part-time mail carrier. In 1955, the family moved to California, and Greg was employed full-time by the U.S. Postal Service in Torrance and Simi Valley. They returned to Fremont in 1979. While visiting his daughter in Arizona, Greg fell in love with the desert, and soon after, he became snowbirds. Surviving Greg is his daughter, Mary A. Farrington of Fremont; and his son, Mark H. Kime of Fremont and his partner, and good friend of Greg, Frank Wilcox. He is also survived by a granddaughter, Sydney (Daniel) Guiter of Fremont; a grandson, Marcus (Danielle) McDougall of Fremont; a wonderful rambunctious great-grandson, Gable Jay Guiter; and many snowbird friends in Quartzsite, Arizona. He was preceded in death by his parents; his wife, Martha; a brother, Paul Kime of California, uncles, aunts, and cousins. As was his wish, there will be no visitation or service for Greg. A Celebration of Life Gathering will be held at a later date. His ashes will be taken to Arizona and spread at his Quartzsite claim, where he spent many happy years, enjoying the desert and collecting quartz crystals. Arrangements have been entrusted to Langkamp Funeral Chapel.

The family of Gregory Clayton Kime created this Life Tributes page to make it easy to share your memories.

Send flowers to the Kime family.