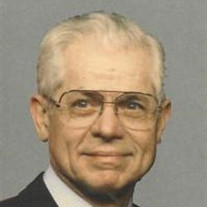 Harold Frederick Nehre: Harold passed away on Wednesday evening, September 22, at the Western Home Communities in Cedar Falls, IA at the age of 93 years and 14 days. Harold is survived by his wife, Lois Nehre of Cedar Falls; a daughter, Marcia L. Street of Cedar Falls; a son & daughter-in-law, Marvin and Phyllis Nehre of Keokuk, IA; two grandsons, Timothy L. (Erin) Nehre of Lima, Peru and Michael A. (Heather) Nehre of St. Louis, MO. Harold Frederick Nehre, son of Frederick ""Fritz"" Conrad and Vera Alice Fancher Nehre, was born on September 8, 1911 in Batavia, IA. He was a 1929 graduate of Batavia High School and a 1933 graduate of Parsons College in Fairfield, IA. On June 22, 1937, he married Lois Terrell at the Parsons College Chapel. He began his teaching career in Selma and Van Meter, IA, where he taught until 1942. He and Lois then moved to Pella, IA, where he served as an Elementary School Principal until 1946. Harold then took a position as principal and teacher at Jefferson Elementary School in Oskaloosa. In the early 1950's, Harold earned his Master's Degree in Education from the University of Iowa. Before his retirement in 1977, Harold served as principal at Lincoln, Whittier and Garfield Elementary Schools in Oskaloosa. During the summer months in the 1960's and 1970's, he taught political science and history at William Penn College. Harold loved music and played the clarinet in Oskaloosa City Band for 15 years. He enjoyed refurbishing his home, traveling and camping with his family, and loved a good laugh. He was a member of the First Baptist Church, the Oskaloosa Noon Kiwanis Club and the Gideons, which he actively served after his retirement. For the past three years, Harold and Lois have been living in Cedar Falls, IA to be nearer their daughter. Harold was preceded in death by his parents, two brothers, John Ernest and Raymond Eugene Nehre and his son-in-law, Harold L. Street. PDF Printable Version

Harold Frederick Nehre: Harold passed away on Wednesday evening, September 22, at the Western Home Communities in Cedar Falls, IA at the age of 93 years and 14 days. Harold is survived by his wife, Lois Nehre of Cedar Falls; a daughter, Marcia... View Obituary & Service Information

The family of Harold Frederick Nehre created this Life Tributes page to make it easy to share your memories.

Send flowers to the Nehre family.