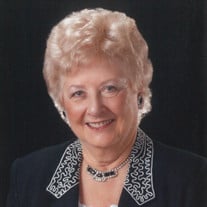 Inez Kirk, 89, of Oskaloosa, passed away Tuesday, September 14, 2021 at the Mahaska Health Hospice Serenity House in Oskaloosa. Inez Letha Kirk, daughter of Albert and Mabel (Steenhoek) DeJong, was born December 26, 1931, at the home of her parents near Leighton, Iowa. She attended country school near Leighton and then Oskaloosa High School. After completing her education, Inez helped her parents at home. She married Hank Van Kooten in 1948, and to that union, two children, Dean and Linda, were born. She and Hank later divorced. Inez was primarily a stay-at-home mom, but she took in laundry and ironing to help supplement the family’s income. In 1964, Inez married Kenneth Kirk; they, too, later divorced. After her children were raised, Inez was employed at Pella Corp and later as a receptionist at Walton’s Insurance for ten years. In 1979, she moved to Springfield, Missouri, to be closer to her children. While living in Springfield, she worked at Zenith Corporation and later for her son, Dean, in his business ventures. Inez later returned to Oskaloosa, and since her return, she has been a member of the Good News Chapel. Throughout her lifetime, Inez enjoyed square dancing and buying and selling real estate. She was an avid NASCAR fan and loved watching football. Because her son, Dean, was a single parent, Inez was very instrumental in raising her grandchildren. Her family includes her grandchildren: Lora (Glenn) Rinks, Lisa Van Kooten, Kayla Van Kooten and Dane Rinks, all of Springfield, MO; several nieces and nephews including a special niece, Shirley Ferguson. In addition to her parents, Inez was preceded in death by her husband; her son Dean Van Kooten; her daughter, Linda Van Kooten; a sister, Willamina Lockard; and a brother, Gary DeJong. Funeral Services for Inez will be held at 10:30 a.m., Saturday, September 18, 2021 at Langkamp Funeral Chapel with Pastors Marvin Knoot and Jarrod Plants officiating. Burial will be in Evergreen Cemetery near Leighton. The family will greet visitors from 9:30 a.m. to service time on Saturday. Memorial contributions can be made to Mahaska Health Hospice Serenity House.

Inez Kirk, 89, of Oskaloosa, passed away Tuesday, September 14, 2021 at the Mahaska Health Hospice Serenity House in Oskaloosa. Inez Letha Kirk, daughter of Albert and Mabel (Steenhoek) DeJong, was born December 26, 1931, at the home of her... View Obituary & Service Information

The family of Inez Kirk created this Life Tributes page to make it easy to share your memories.

Send flowers to the Kirk family.