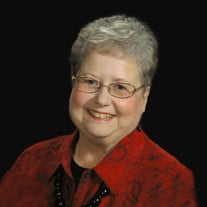 Janet Stafford, 84, of Des Moines, passed away Friday, April 15, 2022, at Edencrest of Beaverdale in Des Moines, Iowa. Janet Elaine Stafford was born on January 23, 1938, to Earl and Iva (Harvey) Kentfield in Oskaloosa, Iowa. She was baptized on April 10, 1938 and confirmed on March 28, 1948 at Central United Methodist Church. Janet was a 1956 graduate of Oskaloosa High School and then attended Simpson College, where she earned a two-year teaching certificate. Janet taught first in Webster City for seven years. While there, Janet met Rodney Stafford, and the two were married in 1962. The couple then moved to Urbandale, where she taught 1st grade for two years. Janet took a break from teaching to raise her family and resumed teaching in 1973, at which time she served as Director and teacher of Little Lambs Preschool at Mount Olive Lutheran Church and School. She taught there for five years and later volunteered and substitute taught at the school. Janet was a member of Mt. Olive Lutheran Church in Des Moines, IA, and was very active in Luther Care Services and Luther Park Auxulary, where she served on the board of directors. She was active in church women’s groups including LWML. Janet enjoyed reading, cooking, sewing, volunteering and making quilts for World Relief. She loved spending time with her family. Janet’s family includes three daughters, Mary (David) Nunez of Milwaukee, WI, Sara Stafford of Des Moines, IA, and Heidi (Jeff) Rains of Urbandale, IA; and three grandsons, Evan, Nolan, and Dylan Rains and nieces Sue Rush, Rhonda Kolartis, Terri Bivens , Toni Smith and nephews Craig Bjork, Allen George and families. In addition to her parents and her husband Rodney, Janet was preceded in death by a sister, Delores Kentfield Swanson, Brother and sisters in law, Norman and Betty Stafford, Verla George, and nephew Michael Stafford. Memorial services for Janet will be held at 10 a.m., Friday, April 29, 2022, at Mt. Olive Lutheran Church in Des Moines, Iowa, with Pastor Gerald Menk officiating. The burial will be in Forest Cemetery in Oskaloosa, Iowa. Visitation will be held from 5-7 p.m., Thursday at the church. Memorial contributions can be made to Mt. Olive Lutheran Church and School in Des Moines.

Janet Stafford, 84, of Des Moines, passed away Friday, April 15, 2022, at Edencrest of Beaverdale in Des Moines, Iowa. Janet Elaine Stafford was born on January 23, 1938, to Earl and Iva (Harvey) Kentfield in Oskaloosa, Iowa. She was baptized... View Obituary & Service Information

The family of Janet Elaine Stafford created this Life Tributes page to make it easy to share your memories.

Send flowers to the Stafford family.