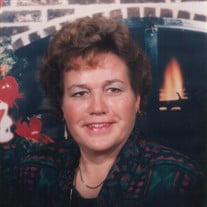 Jean DeKock Veldhuizen, 85, of Oskaloosa passed away Monday, August 27, 2018, at the Oskaloosa Care Center in Oskaloosa. Wilma Jean Ringelestein was born, April 10, 1933, to William and Jeanette (Klein) Ringelestein at the rural home of her parents near Lake Keomah in Mahaska County, Iowa. As a child, she helped with the farm work and assisted with household duties due to her mother’s failing health. Jean graduated from Oskaloosa High School with the class of 1951; while in school she worked part-time at the Kresge Department Store and after graduating, went to work full-time at the A & P Grocery Store as a checker. In 1950, Jean met Engel De Kock, and they married on April 15, 1953. One week later he was drafted into the US military; although he was not yet a citizen, nor was he 20 years old (a draft requirement). While in the military Engel gained his US citizenship. Jean followed Engel to Ft. Chafee, Arkansas, where he was stationed for his basic training. She returned to Oskaloosa after six months when Engel received orders to serve overseas. Jean resumed her job at A & P Grocery upon her return to Oskaloosa. After Engel’s discharge from the military, Jean and Engel moved to her parent’s farm and they began working for her father, Bill Ringelestein. In the early 60’s, when Engel decided to change careers, they left the farm and moved to their acreage on the north edge of Oskaloosa. It was about that time that Jean began working at Stonehenge, a new supper club in Oskaloosa. Jean was also employed as a secretary for the Oskaloosa School’s administration department. She managed both jobs and a busy family for many years, retiring in early 2000. Engel passed away in January 1998. Jean was blessed to find love for the second time when she married Larry Veldhuizen, June 14, 2003. Sunday dinners were a much-anticipated tradition at Jean’s home; she loved gathering her family around the table and delighting them with her delicious home cooking. Her family was not the only ones blessed by her gift of hospitality – her generosity of time, talents and resources overflowed to her neighbors, friends, and anyone she saw in need. At the age of 17, Jean devoted her life to Christ when she joined the First Christian Reformed Church, and she has been a member of the Central Reformed Church for many years. In her younger years, Jean was a member of the Oskaloosa Jayceettes and the Young Republicans. She served as the Spring Creek Township Clerk for about 20 years. Jean was also a member of the American Legion Auxiliary since 1960. After her retirement, Jean volunteered for two years at the Knoxville V.A. Hospital. Center in Oskaloosa at the age of 85 years, 4 months and 17 days. Jean’s family includes her husband, Larry Veldhuizen of Oskaloosa; her children: Stephen (Kris) De Kock of Hendersonville, TN; Doug (Sharon) De Kock of Oskaloosa; Jayne (Jim) Wake of Clive; and Sandy (Greg) Bailey of Oskaloosa; step-children: Doug (Jen) Veldhuizen of Grand Haven, MI and Vickie (Chad) of Allison, IA; eight grandchildren: Joshua (Caron Weldin) Bandstra of Waukee; Jessica (Brandon) Blommers of Oskaloosa; Tasha De Kock (Tadd Duncan) of Westminster, CO; Kace DeKock of Wuxu, China; Brittnay (Joshua) Meininger of Tacoma Park, MD; Morgan Bailey (Brady Burford) of Oskaloosa; and Keaton and Tanner De Kock of Oskaloosa; six step-grandchildren: Leigh Ann (Dino) Whipple of West Des Moines; Damon Wake of Phoenix, AZ; Emma and Grace Veldhuizen of Grand Haven, MI, and Jacob Kruse of Allison, IA and Aarron (Tara) Lamb of Frankfort, KY; seven great-grandchildren: Charlie Bandstra, Presley, Sadie Jean and Gibson Blommers, Jaxson Bailey Woods and Tobias Burford; Iain Gabriel Meininger; six step-great-grandchildren: Emily and Jack Whipple, and Connor, Jaxson, Logan and Mason Lamb; sisters: Betty Ann Huyser of Oskaloosa, Mary (Dick) Ver Heul of Ames, IA; and Dorothy (Don) Groenendyk of Leighton, IA; and sisters-in-law: Jennie (John) Veenstra of Pella and Nancy De Kock of Marshalltown and her husband Larry’s eight siblings. In addition to her parents and her first husband; Jean was preceded in death by a grandchild, Abby Layne Bailey. Funeral Services for Jean will be held at 2 p.m., Wednesday, August 29, 2018, at the Central Reformed Church in Oskaloosa with Rev. Jon Nelson officiating. A Family Prayer Service will be held at 1:45 p.m. in the East Lounge prior to the service.Burial will be in Forest Cemetery. Visitation will begin after noon on Tuesday at Langkamp Funeral Chapel & Crematory. The family will be present from 5-7 p.m. on Tuesday evening. In lieu of flowers, the family appreciates memorials can be made to MHP Hospice Serenity House or Oskaloosa Indians Booster Club for a future memorial.

Jean DeKock Veldhuizen, 85, of Oskaloosa passed away Monday, August 27, 2018, at the Oskaloosa Care Center in Oskaloosa. Wilma Jean Ringelestein was born, April 10, 1933, to William and Jeanette (Klein) Ringelestein at the rural home of her... View Obituary & Service Information

The family of Jean DeKock Veldhuizen created this Life Tributes page to make it easy to share your memories.