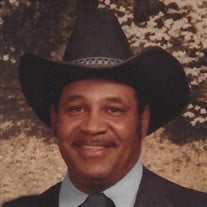 Joe Jones, 80, of Waterloo and formerly of Eddyville passed away Wednesday, December 6, in Waterloo. Joe Lawrence Jones, the youngest of nine children, was born February 2, 1937, to Oscar and Lottie (Reed) Jones in Centerville, Iowa. He was raised in Centerville and was a 1955 graduate of Centerville High School. He was known as “Dub” in high school where he excelled in athletics. He played football, basketball and participated in track, and still holds some track records at his high school. He attended the University of Iowa for one year, before enlisting in the U.S. Marine Corps. He served in the Marines for three years, from 1957 – 1960, and also played football for the corps. Following his discharge, he served for an additional three years in the Marine Corps Reserves. In the late 1960’s, Joe began his career in sewer construction, specializing in deep sewer installation. He would later establish Joe Jones Construction Limited and Joe Jones Incorporated, in Eddyville. He and his son, Joe, later established Subsurface Construction, Inc. in Oskaloosa. Joe married the love-of-his-life, Elaine Louise Taylor, September 23, 1967, in Ottumwa. Together they raised four children. For over 30 years, Joe and Elaine owned and operated J & E’s Rib’s-on-Wheels. They traveled the state in their converted school bus cooking and serving delicious barbequed meals. Joe enjoyed sports his entire life and in his elderly years especially enjoyed cheering on his grandchildren at their sporting events. He also enjoyed fishing and spent many hours teaching his grandchildren and neighborhood children how to fish. Scouring the countryside for useful “junk” was another pastime he liked. Joe was a dedicated caregiver to his wife, Elaine, for several years prior to her death January 11, 2016. In May 2010, Joe and Elaine moved to Waterloo to be closer to their son. He was a long-time member of the Kingdom Hall of Jehovah’s Witness in Oskaloosa, where he did the ministry work of Auxiliary Pioneering; after moving to Waterloo he attended the Waterloo Kingdom Hall. His family includes his children: Aleece Jones of Des Moines, Lonii Jones of Champaign, Illinois, JoAnna Parker of Tacoma, Washington and Joe Jones Jr. of Waterloo; six grandchildren: Miciah, Erin, Amanda, Jamal, Caleb and Taylor; and four great-grandchildren: Antonio, Teagan, Dylan and Stella. He was preceded in death by his wife of 48 years, his parents, and his eight siblings: Mabel Carter, Eaithel Wright, Paul Jones, Robert Jones, Oscar Jones, Mary Williams, Lillian Barnett and Ollie Jones. A Celebration of Life service will be held at 12:30 p.m., Saturday, December 16, 2017, at the Eddyville-Blakesburg High School cafeteria with Mr. Paul Resczenko of the Kingdom Hall of Jehovah’s Witness officiating. Memorials may be made to the family. Langkamp Funeral Chapel & Crematory is handling the arrangements.

Joe Jones, 80, of Waterloo and formerly of Eddyville passed away Wednesday, December 6, in Waterloo. Joe Lawrence Jones, the youngest of nine children, was born February 2, 1937, to Oscar and Lottie (Reed) Jones in Centerville, Iowa. He was... View Obituary & Service Information

The family of Joe Jones Sr. created this Life Tributes page to make it easy to share your memories.

Joe Jones, 80, of Waterloo and formerly of Eddyville passed away...

Send flowers to the Jones family.