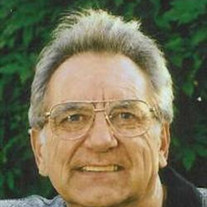 John Francis Oziminski: John passed away Sunday afternoon, surrounded by his family, at Iowa Methodist Medical Center in Des Moines, IA at the age of 68 years, 3 months and 22 days. John's memory is honored by his wife, Judy of Oskaloosa; a daughter and son-in-law, Bernadine & Shawn Judson of Etiwanda, CA; and two sons and daughters-in-law: John (J.P.) & Sherry Oziminski of Nashville, TN and Michael D. & Stephanie Oziminski of Henderson, NV; and a brother-in-law and sister-in-law, Chris & Sandy De Haan of Oskaloosa. He was blessed with 12 grandchildren: Brian, Joey, Mitchell, Noah and Caroline Judson of Etiwanda, CA; Alison, Kevin, Alec and Kendall Oziminski of Nashville, TN and Kayla, Megan and Joshua Oziminski of Henderson, NV. John Francis Oziminski, son of John Peter and Marie Therese Ellias Oziminski was born April 19, 1935 in Chicago, IL; the family moved to Alhambra, CA in 1951 and John was a 1953 graduate of Alhambra High School. He served in the U.S. Air Force from 1954 to 1958; he served in airborne radar as an Airman First Class during the Korean Conflict. Following his discharge, he attended Mount San Antonio College in Walnut, CA, earning his Associate of Arts Degree in 1959. On July 2, 1960, he married Judith Ann De Haan in San Gabriel Mission, CA. In 1961 he joined the Montebello Fire Department and in 1963 the Whittier Fire Department, which was annexed by the Los Angeles Fire Department in 1972. In 1975, he became a Fire Fighter/ Paramedic. He was retired from the L.A. County Fire Department in 1979. He then became a Farmers Insurance Agent in Orange County, CA from 1982 to 1993. In 1993 he opened and operated the Mail Depot, a private business which he sold in 1999 at the time of his retirement. In January 2001, he and his wife, Judy moved to Oskaloosa. John was a lifetime member of the Elks and is currently the Loyal Knight; he is also a member of St. Mary's Catholic Church. He enjoyed bowling, golfing, woodworking, collecting coins and model airplanes. He was preceded in death by his parents, and a sister, Joan A. Hopkins. PDF Printable Version

John Francis Oziminski: John passed away Sunday afternoon, surrounded by his family, at Iowa Methodist Medical Center in Des Moines, IA at the age of 68 years, 3 months and 22 days. John's memory is honored by his wife, Judy of Oskaloosa; a... View Obituary & Service Information

The family of John Francis Oziminski created this Life Tributes page to make it easy to share your memories.

Send flowers to the Oziminski family.