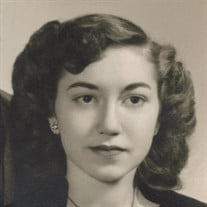 Helen “Joyce” Thomas of Beacon passed away on March 22, 2022, at Crystal Heights Care Center in Oskaloosa. Joyce Thomas, daughter of Merrill and Carol (Andeway) Chapman, was born October 6, 1933, in rural Oskaloosa, Iowa. Growing up, Joyce was one of seven children. Joyce attended Oskaloosa High School, and after her education, Joyce married Richard “Dick” Thomas on December 31, 1949, in Lancaster, Missouri. Initially, Joyce stayed home and raised her family. In 1969, she began working for the family business, Thomas Sanitation, as the office manager. She and Dick enjoyed many years working together and were blessed to be able to sell their business to their son Richard in 1984. Joyce stayed busy and continued working for Barnhouse Publishing and Lynn’s Poultry in Oskaloosa, but later returned to the family business in 1993 and continued as office manager until her final retirement in 2013. Joyce enjoyed various activities, but some that were special to her included square dancing, traveling, camping, and being around her family. Her family includes her son, Richard Thomas Jr., of Beacon, IA, her daughter Bettie (Bill) Brendlinger, of Iowa City, IA, four grandchildren, Jodie (Anne) Schimke of Ainsworth, IA, Richard “R.J.” (Tammy) Thomas of Carmel, IN, Laura Mickels of Fairfield, IA, and Jennifer (Shawn) Maxwell of Beacon, IA, 13 great-grandchildren, four great-great-grandchildren, a sister Shirley Glassford of Melcher, IA and a brother Bernie (Dixie) Chapman of Beacon, IA. Joyce was preceded in death by her parents, her husband Dick, three grandchildren, Danny Thomas, Amy Pettyjohn, and Randi Jo O’Leary, a sister Phyllis Titus and three brothers, Larry, Ivan, and Merrill, in infancy. Funeral Services will be held at 10:30 a.m., Monday, March 28, 2022, at Langkamp Funeral Chapel and Crematory, with Rev. Alvern Boetsma of Good News Chapel officiating. Visitation will begin at 11:00 a.m. Sunday, March 27, 2022, with the family present to greet visitors from 2-4 p.m. Burial will be in Beacon Cemetery following the funeral service. Memorials may be made in her name and will be designated later.

The family of Joyce Thomas created this Life Tributes page to make it easy to share your memories.

Send flowers to the Thomas family.