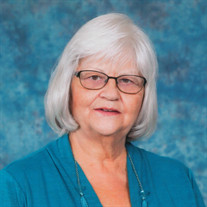 Joyce Waggoner, 69, of Oskaloosa passed away Sunday, June 23, 2019, at Mahaska Health Hospice Serenity House. Joyce Elaine Waggoner, daughter of Alexander and Maxine (Woods) Schneider, was born June 5, 1950, in Iowa City, Iowa. She grew up in Oskaloosa, where she graduated from high school in 1968. She graduated from the Ottumwa Beauty Academy in 1972 and then went to work for Verna Bolibaugh at Taylor’s East High Beauty Shop, where she served for 26 years. Towards the end of her career at Taylor’s, Joyce began working at Wal-Mart in October 1994. She began working as a cashier and was eventually promoted to the customer service manager, “CSM.” While at Wal-Mart, Joyce served as a beautician at Chrystal Heights Care Center from 2003 to 2018, serving many of her customers from Taylor’s and many more. She left Wal-Mart in 2010; in 2011, Joyce began working for Fast Cash of America and remained there until February 2019, when she retired. Joyce married Robert Nichols, and he adopted her daughters, Julie and Kathy, and they had two children: Shirley and Shane. They later divorced, and she then married Robert Waggoner; to this union, Jared was born. Joyce enjoyed attending movies, going dancing, and having dinner with family and friends. She was a life-long member of the First Assembly of God Church and attended faithfully. Her family includes her children: Julie (Darryl) Stein of Des Moines, Kathy (Robert Jr. Schaefer of Oskaloosa, Shirley (Bradley) Boyd of Oskaloosa, and Jared (Kanya) Waggoner of Oskaloosa; her step-children: Richard Waggoner of Oskaloosa, and Wendy (Gary) Roetto of Monett MO; a god-son, Jay Stewart of Oskaloosa; 20 grandchildren; six great-grandchildren; four step-grandchildren; one step-great-grandchild; and a brother, Marvin (Deedee) Schneider of Oskaloosa. In addition to her parents, Joyce was preceded in death by her infant son, Shane Nichols and a brother, Steven Schneider. Funeral Services for Joyce will be held at 10:30 a.m., Wednesday, June 26, 2019, at the First Assembly of God Church in Oskaloosa with Rev. Mike Dotson officiating. Burial will be in Friends Cemetery in Oskaloosa. Visitation will begin after 10 a.m., Tuesday, at Langkamp Funeral Chapel; the family will greet visitors from 5 – 7 p.m. Memorial contributions should be made to the Mahaska Health Hospice Serenity House.

The family of Joyce Waggoner created this Life Tributes page to make it easy to share your memories.

Send flowers to the Waggoner family.