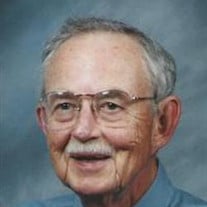 Kenneth Seary Bowie: Ken passed away at his home in Oskaloosa on Wednesday, November 12, 2003 at the age of 82 years, 2 months and 22 days. He was a 1950 graduate of the University of Iowa Dental School in Iowa City and began his practice with his father, Dr. A. R. Bowie. After 42 years of practice, he retired in 1992. His son, Thomas Bowie joined the practice after he graduated from the U of I Dental School. Ken served as president of the Southeast Iowa District of the Iowa Dental Association and over the years served on various boards of the Iowa Dental Association. Ken was a member of St. John Lutheran Church for 53 years, where he served in many capacities; he loved music and sang in the choir for most of his life and also helped plant many of the trees and shrubs at the church. While in high school, he was a prize winning instrumentalist and went on to play principle clarinet player for 40 years with the Oskaloosa Municipal Band. Ken was an active member of Oskaloosa Rotary Club and was a Paul Harris Fellow of Rotary International. He was a member of the Oskaloosa Jaycees, was on the Board of Directors of the YMCA and a member of the American Legion. He was an avid sports fan, particularly of the Iowa Hawkeyes. He loved playing golf and attending his grandchildren's activities. Kenneth Seary Bowie, son of Asa R. & Lucille Seary Bowie was born in Oskaloosa, IA on August 21, 1921 in Oskaloosa, IA. He was a graduate of the Oskaloosa school system and then went on to attend William Penn College before entering the service in July 18,1942. He received his training at Great Lakes, IL, before being assigned overseas duty where he served 3½ years in the Pacific. He served first at the Naval Hospital at Pearl Harbor, and was later assigned duty on the USS Wichita, until March of 1944. He returned to the states to attend school under the GI Bill and was discharged from the Navy on Jan. 18, 1946. He married Helen Stoffa of Ottumwa on Sept. 23, 1945. He was called into the US Army in December 1952 and served in the Army as a First Lieutenant. Ken's memory is honored by his wife of over 58 years, Helen; and his children: Julie of Urbandale, Kenneth Jr. of Oskaloosa and Tom, and his wife, Madonna of Oskaloosa. He was blessed with four grandchildren: Jessica, B.J., Mathew and Aaron. He is survived by two sisters and their husbands: Eleanor & Stephen Sanders of Grand Rapids, MI and Eileen & Wm. David George of Houston, TX and several nieces & nephews. He was preceded in death by his parents and an infant brother. PDF Printable Version

Kenneth Seary Bowie: Ken passed away at his home in Oskaloosa on Wednesday, November 12, 2003 at the age of 82 years, 2 months and 22 days. He was a 1950 graduate of the University of Iowa Dental School in Iowa City and began his practice with... View Obituary & Service Information

The family of Kenneth Seary Bowie created this Life Tributes page to make it easy to share your memories.

Kenneth Seary Bowie: Ken passed away at his home in Oskaloosa...

Send flowers to the Bowie family.