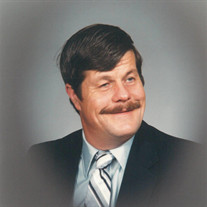 Kenneth Chitwood, 75, of Oskaloosa passed away Thursday, September 5, 2019, at the Mahaska Health Hospice Serenity House in Oskaloosa. Kenneth Lee Chitwood was born April 9, 1944, to Howard D. and Lora Mae (Miller) Chitwood in Quincy, Illinois. He was raised in Ottumwa and Eddyville. He moved to Oskaloosa in 1977 where he has since resided. His first job was with Mannatts Construction, where he worked until 1978. He then went to work at Pella Corporation in the shipping department for 32 years, retiring in October 2010. Kenny married the love-of-his-life, Margaret Sue Williams April 13, 1979, in Miami, Oklahoma. They welcomed a son, Kevin into the family in 1984. Kenny’s family and his friends were a top priority to him. He enjoyed their companionship camping, fishing, picking his guitar, drinking coffee and “shooting-the-bull.” Many of his nieces and nephews have many fond memories of times spent with Uncle Kenny and Aunt Margaret and nick-named him “Cowboy Kenny” and “Kenneth Bodene.” Family vacations and extended family gathering were times that Kenny also treasured. He is survived by his wife, Margaret of 40 years, his son, Kevin, who was his world; his many nieces and nephews; and special family friends: Bess and Marvin Uitermarkt, Vicki and Jim Vander Linden, Missy McCombs and Amanda Veldhuizen. In addition to his parents, he was preceded in death by a sister, Lacreta Chitwood; two brothers, Don and Karol Chitwood; two brothers-in-law: Jay and Jim Williams; three sisters-in-law: Betty Madison, Sharon Prauser, and Cheryl Williams; and a special family member, Johnny McCombs. Memorial Services for Kenny will be held at 2 p.m., Monday, September 9, 2019, at the First Christian Church in Oskaloosa with Rev. Molly Goodrich officiating. As was his wish, his body has been cremated, and burial of his ashes will be at Beacon Cemetery at a later date. The family will greet visitors from 1 p.m. to service time. Memorial contributions should be made to the First Christian Church or the Serenity House in care of Mahaska Health Foundation.

The family of Kenneth Lee Chitwood created this Life Tributes page to make it easy to share your memories.

Send flowers to the Chitwood family.