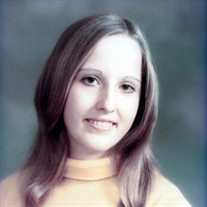 Kerrilyn Kaye Loynachan Nunnikhoven, 64, passed away Thursday, June 17, 2021, at her home near Oskaloosa, IA. Kerrilyn was a profound woman with a beautiful soul. She was a wife, mother, grandmother, nurse, and farmer. Kerrilyn enriched her children’s lives through experiences with the arts, travel and agriculture. She encouraged their higher education and made every effort to make their dreams a reality through international study and professional experiences, both at home and abroad. She was a life-long learner and led by example through kindness and generosity. She quietly lived her faith and modeled her values through action. The well-being and needs of others were always a core concern. Kerrilyn will be deeply missed by her family and those who knew her. Kerrilyn, the daughter of David Elton and Helen Louise (Harsin) Loynachan, was born November 16, 1956 in Oskaloosa, IA. Kerrilyn was baptized at Plymouth Presbyterian Church near their family farm. Third Reformed Church and the Girls’ League were central parts of her young adult life. She grew up with her elder sister, Jane Ann, and her twin, Sherrilyn, on their beautiful century farm outside of Knoxville, IA. Her great grandfather, a second-generation immigrant from Scotland, bought the land in Marion County in 1854 and settled it in 1857. Kerrilyn’s family valued their Scottish heritage and took great pride in their 1860’s homestead, farming operation, and land. She attended school in Knoxville, was a National Honor Society member, and enjoyed singing four years in the choir. She graduated with the high school class of 1975. Kerrilyn and her husband Allen were married on December 31, 1976, in Pella, IA at Third Reformed Church. They made their home on the Nunnikhoven Farm near Oskaloosa. Kerrilyn’s children include two daughters, Meredith Nunnikhoven, Allison (Jacob Howe) Nunnikhoven, a son, Chandler (Melinda) Nunnikhoven, and four grandchildren, Kai Dino, Jaymis, Doris, and Levi Nunnikhoven. Kerrilyn attended Dordt College and completed her LPN (1977) and RN (1980) at Indian Hills Community College. She earned her BSN at Marycrest College (1992), and continued graduate hours at the University of Iowa. She invested 37 years at Mahaska Health Partnership in Med Surg, ER, Intensive Care, and Surgery. Patients were always her number one priority. In 2014, Kerrilyn was nominated and awarded as one of the 100 Great Iowa Nurses. The award recognized Kerrilyn’s compassion, courage, and commitment to the profession. After Kerrilyn retired from Mahaska Health Partnership in 2013, she continued her nursing career in various roles. Most recently, she gave COVID-19 vaccinations, continuing this work into the week of her passing. She believed this was very important. Kerrilyn was a 4th generation farmer and active steward of the land. She farmed alongside her parents and siblings on their childhood Century Farm and used her knowledge to assist her husband Allen on their farm. She spearheaded many conservation efforts such as monarch, pollinator, and pheasant habitats, along with regenerative row-crop farming focused on no-till and cover crop practices. Over the years, “The Home Place” became a palette of color, texture, and form through the installation of uniquely curated flowers, shrubs, and trees. This passion grew into Barnswallow Flowers which reflected her entrepreneurial spirit. Kerrilyn and her daughter Meredith built the business through education, training, and local collaborations within their rural community. Kerrilyn deeply enjoyed farming with her family and creating community through the farm. For Kerrilyn, it was paramount to diversify the farm through different agricultural commodities to secure their family farm legacy. Kerrilyn served 12 years as a board member of the Oskaloosa Public Library, and was a founding member of Women, Land, and Legacy of Mahaska and Marion counties. She was a proponent of women’s higher education, especially in agriculture. She continued to support Oskaloosa Christian Grade School and Pella Christian High School after her children graduated. Kerrilyn continually encouraged and affirmed the younger generation, peers, friends, and family. Kerrilyn was preceded in death by her parents David Elton and Helen (Harsin) Loynachan and her parents-in-law, Abe and Harriet (Vander Schaaf) Nunnikhoven. Kerrilyn valued rural community access to wellness and education services. The Mahaska County YMCA and Oskaloosa Public Library provided valuable experiences and community for her family. Memorials may be given to the Mahaska County YMCA or the Oskaloosa Public Library in memory of Kerrilyn Nunnikhoven. Please send memorial donations to Langkamp Funeral Chapel at 2116 North 3rd St, Oskaloosa, IA. The family deeply appreciates the many expressions of care during this time of loss. As were Kerrilyn’s wishes, a private Celebration of Life will be held.

Kerrilyn Kaye Loynachan Nunnikhoven, 64, passed away Thursday, June 17, 2021, at her home near Oskaloosa, IA. Kerrilyn was a profound woman with a beautiful soul. She was a wife, mother, grandmother, nurse, and farmer. Kerrilyn enriched her... View Obituary & Service Information

The family of Kerrilyn Nunnikhoven created this Life Tributes page to make it easy to share your memories.

Send flowers to the Nunnikhoven family.