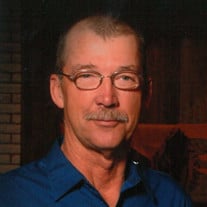 Kevin De Ronde, 63, of Oskaloosa passed away Saturday, September 7, 2019, in Pleasant Hill, Iowa as the result of a motor vehicle accident. Kevin John De Ronde, son of Kryn and Dorothy (Van Weelden) De Ronde, was born June 9, 1956, in Oskaloosa, Iowa. He was raised on his parents’ farm in East Des Moines Township, Mahaska County, Iowa. He was a 1970 graduate of Oskaloosa Christian Grade School and a 1974 graduate of Pella Christian High School. Following his education, he began farming with his father and his brother. August 24, 1979, he married Linda Jean Veenstra at the Leighton Christian Reformed Church. They eventually moved to the home place where Kevin was raised. A farmer to the core from the very beginning, he lived out his faith by working the land and trusting God in every season. Those seasons of preparing, planting, waiting, trusting, and harvesting. He farmed for 42 years and owned and operated De Ronde Trucking, L.L.C. He served his community as an East Des Moines Township Trustee and he and his wife, Linda, were caretakers of Henness Cemetery for at least 30 years. He also was a past member of the Eddyville Fire Board. Kevin was a member, past deacon, and Cadet and youth group leader of First Christian Reformed Church in Oskaloosa. He enjoyed traveling with his family and friends on many vacations. Kevin was not an extrovert, but he truly loved people, and no one brought him more joy than his three grandchildren. Kevin is survived by his wife, Linda and his children and their spouses: John and Lisa De Ronde of Pella, Jill De Ronde of Fort Madison, IA, and Kristin and Jordan Dyk of Jenison, MI; three grandchildren: Gavin and Sienna Dyk and Derek De Ronde; his siblings: Neil (Betty) De Ronde of Oskaloosa, Judy Hofmans of Hanford, CA, Janice (Cor) Hofmans of Hanford, CA, Aleda (Randy) Rolffs of Pella, and Dot (Duane) Bruxvoort of Pella; sisters-in-law: Delores (Gary) Keith of Oskaloosa and Carol De Ronde of Oskaloosa. In addition to his parents, he was preceded in death by two brothers: William Keith and Stephen Wayne De Ronde. Funeral service for Kevin will be held at 10:30 a.m., Thursday, September 12, 2019, at the First Christian Reformed Church with Rev. Jon Spronk officiating. A family prayer service will be held at 10:15 a.m. in the Fellowship Hall. Burial will be in Henness Cemetery. Visitation will begin after 1 p.m. on Wednesday at the First Christian Reformed Church; the family will greet visitors from 4-7 p.m. Wednesday evening. Memorial contributions can be made to the Oskaloosa Christian School.

The family of Kevin De Ronde created this Life Tributes page to make it easy to share your memories.