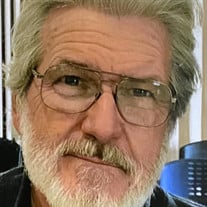 Lee Ademeit, son of Louie and Letha (Cashatt) Ademeit, was born June 21, 1944, in Oskaloosa, Iowa. He was a graduate of Oskaloosa High School in 1962 and then entered the U.S. Navy in August of that year. After Lee’s training in San Diego, he was sent to Guam in June 1963; there he served as a radioman operating a teletype, and it was there that he was granted top secret clearance. He was the first person on the island to receive the news of President John F. Kennedy’s assassination. He went on to serve aboard the U.S.S. Hornet, traveling in the South China Sea. Lee was honorably discharged in September 1966 and returned to Iowa where AT&T hired him in Davenport, Iowa. June 24, 1967, Lee married Janet Smith at the Beacon United Methodist Church in Beacon. They initially made their home in Davenport. Lee also changed jobs in 1967, going to work for Dictaphone Corp. in Davenport. In 1974, the family moved to Cedar Rapids where Lee served as Branch Service Manager at the company’s Cedar Rapids location. Dictaphone relocated Lee to Des Moines in 1977 and promoted him to Assistant District Service Manager, and they made their home in Indianola. He retired from Dictaphone in April 1995. Lee and Janet returned to the Oskaloosa area, and Lee went to work for Wal-Mart as Department Manager in Electronics. He retired from Wal-Mart in 2006. In his free time, Lee enjoyed spending time outdoors; he enjoyed fishing, hunting and especially gardening, and sharing his abundant crops with friends and family. Lee was a member of Bethel Baptist Church. Lee’s family includes his wife, Janet of Indianola; children and their spouses: Donna (Matt) Budd of Altoona, Lisa (Alan) Coffman of Indianola, and David (Tracy) Ademeit of Lacona; ten grandchildren; eight great-grandchildren. Lee was preceded in death by his parents and a sister Margaret Ademeit. Funeral services will be held at 10:30 a.m., Wednesday, April 14, 2021, at the Bethel Baptist Church with Pastor Steve Cox officiating. Visitation will Tuesday, from 11:00 a.m. to 7:00 p.m., with the family present from 5:00 p.m. to 7:00 p.m. at the Langkamp Funeral Chapel. Burial will take place at the Beacon Cemetery. Military Honors will be presented by the Oskaloosa Honor Guard. Memorial contributions can be made to the Bethel Baptist Church or Hospice of the Midwest. According to the rules put in place by the Iowa Department of Public Health, proper social distancing and appropriate personal protective equipment are advised for attending this public event.

Lee Ademeit, son of Louie and Letha (Cashatt) Ademeit, was born June 21, 1944, in Oskaloosa, Iowa. He was a graduate of Oskaloosa High School in 1962 and then entered the U.S. Navy in August of that year. After Lee&#8217;s training in San... View Obituary & Service Information

The family of Lee Ademeit created this Life Tributes page to make it easy to share your memories.

Send flowers to the Ademeit family.