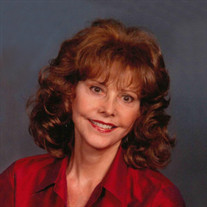 Lee Davis Howard of Oskaloosa passed away Tuesday, March 15, 2022, at White Oak Estates in Oskaloosa. Lee, daughter of Louis Wesley and Bertha Emma (Hofemann) Davis, was born February 2, 1940, in Redfield, South Dakota. At the age of eleven, she became a girl scout and had a paper route, and she bought herself a bike. At age 13, she quit her paper route and began working at the local theater as an usher, cashier, and at the concession stand. At age 16, she took a second job at the Red Owl Grocery Store. She became a majorette while attending high school; she loved twirling and marching with the band. In 1958, she married Duane Schutjer; they lived in Minneapolis, Minnesota, before moving to Oskaloosa and becoming involved with her husband’s family at Tower Park Nursing Home. Lee’s mother-in-law’s goal for Lee was to turn her into an excellent nurse’s aide. She was unsure she wanted to care for people but soon learned to love it. In 1966, she and her husband graduated from L.P.N. school at Indian Hills Community College in Ottumwa. Lee was initiated into the Oskaloosa Altrusa Club in 1969. Through the University of Iowa, she and her husband became nursing home administrators and got their licenses in 1971. Lee then became the administrator of Tower Park Nursing Home. Lee and Duane were blessed with two children, Michael Herman and Clarice Lee. After their divorce in 1980, Lee continued to manage the nursing homes and employed both of her children. In 1981, Lee decided to fulfill her high school dream of attending modeling school. She attended classes in the evening and on Saturdays and graduated from Vogue Modeling in Des Moines. Lee always said that being a nurse was so much more rewarding and glad she had not followed the modeling dream further. Lee married Russell Howard on August 28, 1982. Snow skiing was a new adventure for her, and she loved vacationing in Steamboat Springs, Colorado. Lee also enjoyed cooking, entertaining, sewing and music. Her father taught her to play the guitar when she was 14 years old. She sewed her daughter’s bridesmaids’ dresses and made her son several Elvis Presley suits. Lee’s children and grandchildren were such a joy to her, and she loved spending time with them. Lee loved animals and had many pets throughout her life. In 1992, she became an interior decorator. Lee never missed Joel Osteen’s sermons on T.V., Sunday evenings, and days throughout the week. Growing up, she always attended the Methodist Church and Methodist Youth Fellowship. In 1995, Lee had breast cancer and became a breast cancer survivor. Her family includes her son, Michael Schutjer and a daughter, Clarice Lee (Steve) Wright; three grandchildren: Alexander, Alexis, and Andrew; a brother, Clark (Rosa) Davis of Redfield, SD; a half-sister, Mavis Schroeder of Watertown, SD; and nieces and nephews. In addition to her parents, Lee was preceded in death by two husbands, a brother, Clayton Davis, a sister, Darlene Collins, and three half-sisters. Funeral Services for Lee will be held Friday, March 25, 2022, at 10:30 a.m. at Langkamp Funeral Chapel with Pastor Ronnie Hemsworth of the Bethel Baptist Church officiating. The burial will be in Forest Cemetery. Visitation will begin at 11 a.m., Thursday, at the funeral chapel; the family will greet visitors from 4-7 p.m. Memorial contributions can be made to Stephen Memorial Animal Shelter. Memorial contributions can be made to Stephen Memorial Animal Shelter.

The family of Lee Davis Howard created this Life Tributes page to make it easy to share your memories.

Send flowers to the Howard family.