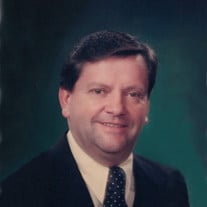 Leslie “Poppie” Cubit, 76, of Oskaloosa passed away Sunday, January 12, 2020, at the Oskaloosa Care Center. Leslie Jon Cubit, son of John Andrew and Regina Irene (Greenhalgh) Cubit, was born August 24, 1943, in Oskaloosa, Iowa. He was a 1961 graduate of Oskaloosa High School. Les worked at United Food Store in high school and after he graduated. On September 14, 1963, he married Mary Judith “Judy” Allgood at the First Christian Church in Oskaloosa. Les’s job with Gibson’s Department Store which later became Pamida required moves to several communities in Iowa and South Dakota, including Brookings, S.D. and lastly, Centerville, IA. They returned to Oskaloosa in 1985. At that time, he took a position with Pella Corp.; he remained with them until his retirement in 2006. In his post-retirement years, he served as the custodian at the Mahaska County Law Enforcement Center for ten years. While working at the center, Les grew to respect and appreciate each officer. Les was a devoted husband and father. Grandma Judy affectionately knew Les as “Poppie” as well as many other names. After returning to Oskaloosa, Judy ran a day-care out of their home; Les enjoyed interacting with the children and them with him. Les attended the First Christian Church and enjoyed singing in the choir. His grandchildren were very precious to him and he loved attending their sporting events. Les’s family includes his children: Angela Harper (Gary Rooney) of Sheffield, Iowa, Brad Cubit (Tami Weller) of Oskaloosa and Tiffany (Matthew) Carriker of Oskaloosa; his grandchildren: Tasha (Nick) Janssen, Josh (Molly) Harper, Jordan Harper, Shania (Marshal) Wiltz, Ki-Jana DeJong, Alex DeJong, Tucker DeJong, Ryan Carriker, and Emily Carriker; a great-granddaughter, Spencer Jo Janssen; a brother, Monte Ray (Kathy) Cubit of Des Moines, IA; and a sister, Judith Ann Dutt of Des Moines, Iowa. In addition to his parents, Les was preceded in death by his wife, Judy, on December 20, 2006, and a brother, Lanny Cubit. Funeral Services will be held at 10:30 a.m., Thursday, January 16, 2020, at Langkamp Funeral Chapel in Oskaloosa with Rev. Molly Goodrich of the First Christian Church officiating. Burial will be in Forest Cemetery. Visitation will begin at 11 a.m., Wednesday, at the funeral chapel; the family will greet visitors from 5-7 p.m. Please make memorial contributions to St. Jude’s Children’s Hospital.

The family of Leslie Jon Cubit created this Life Tributes page to make it easy to share your memories.

Send flowers to the Cubit family.