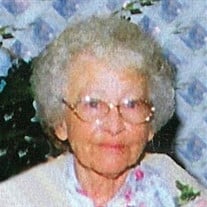 Lillian Axtell, 81, of Montezuma and formerly of What Cheer passed away Monday, October 23, 2017, at the Montezuma Specialty Care Center. Lillian Ann Axtell, daughter of Orlan and Tressie (Bradley) Green, was born April 11, 1936, at the rural What Cheer, Iowa home of her parents. Raised on her parents’ farm, she was a 1954 graduate of What Cheer High School. Lillian furthered her education at the American Beauty Academy in Des Moines; she graduated in 1955 and moved to Sigourney where worked as a beautician at Striegel's Salon. Lillian was united in marriage to Blaine Allen Axtell May 31, 1957, at the What Cheer Christian Church. They made their home in Des Moines, where she continued to work as a beautician the Beaver Avenue Beauty Salon. Due to Blaine’s work, the couple moved to Racine, Wisconsin in 1962, and eventually to Collierville, Tennessee, New Hampton, Iowa, and Houston, Texas, before returning to What Cheer for their retirement in 2004. Lillian thoroughly enjoyed her immediate and extended family; returning to Iowa for family reunions and other family events were events she treasured. She was a wonderful cook and especially enjoyed making cookies and candy which she gave as gifts to friends and family. On the occasion of Lillian and Blaine’s 50th anniversary, the family compiled her recipes and family photos in a cookbook to commemorate the event. She and Blaine also enjoyed camping with family, particularly with her brother and sister-in-law, Gene and Beulah Green. Blaine passed away January 21, 2011, and since November 2016, Lillian has been a resident of the Montezuma Specialty Care Center. Her memory will be honored by her children and their spouses: Brian and Sheri Axtell of Pearland, Texas, Bruce and Tammy Axtell of Nacogdoches, Texas and Lynn Jones of Conroe, Texas; seven grandchildren: Vanessa (Andrew) Bauer, Briana Axtell, Derrick Axtell, Tiffany (Lucius) Copeland, David (Laurel) Collins, Jesse Jones and Zoe Jones; and three great-grandchildren: Brayden, Bryson and Sophia. She is survived by a sister and brother-in-law, Jane and Dick Larson of West Des Moines, Iowa and numerous nieces and nephews. In addition to her parents and her husband, Lillian was preceded in death by two brothers: Orville and Eugene Green. As was her wish, Lillian’s body has been cremated. Private graveside services will be held at Goldenrod Cemetery in Deep River. Memorials may be made to the Montezuma Specialty Care Center.

Lillian Axtell, 81, of Montezuma and formerly of What Cheer passed away Monday, October 23, 2017, at the Montezuma Specialty Care Center. Lillian Ann Axtell, daughter of Orlan and Tressie (Bradley) Green, was born April 11, 1936, at the rural... View Obituary & Service Information

The family of Lillian Axtell created this Life Tributes page to make it easy to share your memories.

Lillian Axtell, 81, of Montezuma and formerly of What Cheer passed...

Send flowers to the Axtell family.