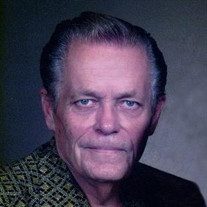 Loren Carter, 76, of Sully passed away early Tuesday morning, April 24, 2018, at the Hospice of Pella Comfort House in Pella, Iowa. Loren Gale Carter, one of six children born to Raymond and Laurina (Tessendorf) Carter, was born January 4, 1942, at rural Lehigh, Iowa. His parents later moved from their home near Eldora, Iowa to Knoxville, Iowa. They would later move to a farm near Bussey, Iowa known as the old Buxton town site. Loren attended Bussey High School where he played football. As a young man, he lived and worked in northern Iowa close to a where his maternal grandmother lived. At age 23, he returned to the Bussey area and began working for Pella Concrete Contractors. His family attended Union Liberty Church east of Bussey, which is where he met his future wife, Sheryl Lynne Parker. August 6, 1966, they were married at Union Liberty Church. A few years later, they moved to the Sully area where Loren worked as a farmhand for Ernest Eysink, who farmed southwest of Sully, from 1969 to 1975. He then worked for the city of Sully and Pella Concrete Contractors until 1978, when he began a career with Vermeer Manufacturing that lasted for 31 ½ years until he retired in 2009. Loren was a member of the Sully Community Church for over 48 years where he served on the church board and as a youth group leader. He also served on the Sully Town Council and as a school board member for the Lynnville-Sully Schools. As a young father, he coached his son’s Little League teams. Loren relished his time in nature, and for over 30 years, he cut and split the wood to heat their home. His family cherished the many wood cutting times they enjoyed together, which sometimes included a lunch of beef stew. Loren loved caring for his strawberry patch, keeping it weeded, and harvesting, stemming and freezing every berry himself. He planted a peach orchard which gave the family many gallons of delicious White Southern Peaches. For a time, Loren enjoyed bike riding either by himself or with his family and rode on several Vermeer Bike Trips. He enjoyed fishing in the North Skunk River and also in Canada with his brothers and son. He also enjoyed many trips to Steamboat Springs, Colorado, visiting family. Loren cherished the time he could spend with his children, grandchildren, and extended family and was a rock and an oasis of peace to them and his wife. Loren had a humble heart and was always giving and generous in whatever he did. Loren’s family includes his wife, Sheryl Carter of Sully; a daughter, Susan (Mark) Brouwer of Santa Rosa, CA; two sons: Wes (Dana) Carter and Chris (Lisa) Carter, both of Silver City, Iowa; ten grandchildren: Nic, Chelsae, Patrick, Finley, Christopher, Sarah, Katie, Briley, Jessica and Erica; brothers: Larry (Beth) Carter of Lusby, Maryland; Lawrence (Norma) Carter of Knoxville, Bob (Sherry) Carter of Steamboat Springs, CO and Gaylor (Dorothy) Carter of Harvey; plus numerous nieces and nephews. In addition to his parents, Loren was preceded in death by a sister, Ramona. Memorial Service for Loren will be held at 10:30 a.m., Friday morning, April 27, at the Sully Community Church with Pastor Jerry Morningstar officiating. Burial will be held privately at Pringle Cemetery east of Bussey, Iowa. Memorial contributions can be given to the Sully Community Church Mission Fund. Langkamp Funeral Chapel is handling the arrangements.

The family of Loren Carter created this Life Tributes page to make it easy to share your memories.

Send flowers to the Carter family.