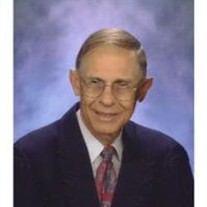 Reverend M. Bernard Fynaardt: Bernard passed away while vacationing in Door County, WI at the age of 69 years, 6 months and 1 day. Bernard's memory is honored by his wife, Joyce of Glendale, AZ; his two son and their wives: Arlin & Kim Fynaardt of Richmond, VA and Darrell & Michelle Fynaardt of Milwaukee, WI. He was blessed with five grandchildren: Kayla, Spencer, Rylee, Leah and Daniel. He is survived by one brother, Murray Fynaardt of Oskaloosa; a sister-in-law and her husband, Jean and Marvin Rozenboom and his mother-in-law, Jeannetta Vander Linden of Pella. Marion Bernard Fynaardt, son of Ben & Marie De Haan Fynaardt was born on Feb. 3, 1935 near Leighton, Iowa. He attended Black Oak and Scott Center country grade schools and was a 1953 graduate of Pella Christian High School. For several years following graduation, he worked for Bloom Builders building pole barns and was a member of the Iowa National Guard. In 1958, he resumed his education at the Reformed Bible Institute in Grand Rapids, MI. Bernard was then accepted at Calvin Seminary in Grand Rapids, where he began his preparation for his life's work as a Christian Reformed Church Pastor. On June 8, 1960 he married Joyce Vander Linden in Oskaloosa, IA. He was ordained into the ministry in 1965, at his first congregation in Rudyard, MI. Throughout his career he pastured congregations in Lowell, MI; Ireton, IA; Kimberly Village in Davenport, IA; and Ogilvie, MN. Bernard retired from full time ministry in Sept. 2000 and moved to Glendale, AZ, where he was a member and served as an elder at the Orange Wood Christian Reformed Church. During his retirement, Bernard remained very active: he dedicated at least one day each week building homes for Habitat for Humanity and had a passion for riding his bicycles and hiking the several mountain trails near his home. He and his wife also enjoyed traveling and visiting their children and grandchildren. Bernard was preceded in death by his parents. PDF Printable Version

Reverend M. Bernard Fynaardt: Bernard passed away while vacationing in Door County, WI at the age of 69 years, 6 months and 1 day. Bernard's memory is honored by his wife, Joyce of Glendale, AZ; his two son and their wives: Arlin & Kim Fynaardt... View Obituary & Service Information

The family of Reverend M. Bernard Fynaardt created this Life Tributes page to make it easy to share your memories.

Send flowers to the Fynaardt family.