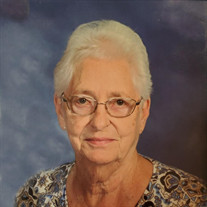 Marlene Dieleman, 84, of Johnston, Iowa, and formerly of Oskaloosa, passed away Monday, January 18, 2021, at her winter home in Mesa, Arizona. Marlene Ann Dieleman, daughter of Ben A. & Roselyne Conger Marlenee, was born October 6, 1936, in Silver City, Iowa. She was a 1955 graduate of Perry High School and a 1958 graduate of Broadlawn’s School of Nursing. On August 15, 1958, she married Marvin G. Dieleman at the Perry United Methodist Church. She and Marvin made their home in Pella, where she worked as a nurse with Dr. Gene K. Van Zee, M.D., and then as the first Director of Nursing at Pella Community Hospital. In 1959, Marvin’s teaching career took them to Ballard for one year, after which they returned to Pella. They moved to Oskaloosa in 1966. Marlene held various other nursing positions before retiring in 1990. She and Marvin enjoyed traveling, and they traveled extensively overseas for ten years, and then across the United States in their R.V. for several years. They spent the winter months in Mesa, Arizona, since 1995. She was a member of the First Presbyterian Church in Oskaloosa, where she also served as a deacon. After Marvin’s death in 2008, Marlene moved to the Des Moines area. Marlene continued to spend the winter months in Arizona until her death. Marlene was a devoted wife and mother and showed selfless love to her family and will be deeply missed. Her family includes her daughter, Mary Price of Mesa, Arizona; a son, Mark Dieleman of Urbandale, IA; grandsons: Braydon Smith, and Jake and Luke Dieleman. She was preceded in death by her parents; her husband, Marvin, on May 8, 2008, and a brother, Ben E. Marlenee. Funeral Services will be held at 10:30 a.m., Wednesday, January 27, 2021, at Graceland Cemetery north of Pella, Iowa, with Rev. John White of the First Presbyterian Church officiating. This event will be posted to Langkamp Funeral Chapel’s YouTube channel on Wednesday afternoon. Visitation will be held from 11 a.m. – 7 p.m., Tuesday at Langkamp Funeral Chapel. According to the rules put in place by the Iowa Department of Public Health, proper social distancing and appropriate personal protective equipment are required for attending these public events. Memorial contributions honoring Marlene’s life and service can be made to Bethany Christian Services or the First Presbyterian Church.

The family of Marlene Dieleman created this Life Tributes page to make it easy to share your memories.

Marlene Dieleman, 84, of Johnston, Iowa, and formerly of Oskaloosa,...

Send flowers to the Dieleman family.