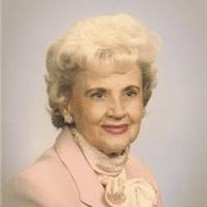 Martha Phillips: Marty passed away Sunday afternoon, Feb. 20, 2005 at Pleasant Park Nursing Home in Oskaloosa at the age of 82 years, 4 months and 12 days. Martha's talents included painting and singing. Marty ""dabbled"" in art since she was a child. She began formal training with life drawing classes in Dallas, TX, when she was in her twenties. After moving to Cincinnati, she expanded her study to include oil and acrylic painting. She then became a self taught pastel artist concentrating primarily on children, pets and still life. Influenced by the work of friends, she began to study watercolors after retiring. Before she moved to Iowa, she was an active member of ""Women's Ensemble"", an Outreach Ministry of Forest Chapel United Methodist Church and belonged to Naomi Circle. She and J.B. were attending Springdale Presbyterian Church in Cincinnati. Martha Lou Hilliard Phillips, daughter of Roy & Lena McCurdy Hilliard was born October 8, 1922 in Oskaloosa, IA. Following graduation from Oskaloosa High School, Martha worked for the local telephone company. She then went to Midland Radio and Television School of Kansas City, MO where she graduated in 1943. She was employed as a radio operator and station agent for Mid-Continent Airlines in Kansas City. On Dec. 23, 1946 she married Jean Bettis ""J.B."" Phillips in Fort Smith, AR. Martha and her husband lived in Cincinnati, OH from December 1960 to April 2002 at which time the moved to Oskaloosa, IA. Martha worked for several companies in Cincinnati including A.M. Kinney, Inc., Proctor & Gamble, IT Corporation and PEDCO Environmental. Her positions included Executive Secretary, Administrative Assistant, Editorial Writer, Advertising Copy Writer and finally Technical Writing Editor. Upon her retirement she continued doing freelance editing including a book titled The System Redesigned-This Time For Children written by Norma Simpson and published in 1998. Throughout her career she was a wonderful example of character and professionalism. She was a mentor to many young women and made lasting friendships. Martha is survived by a sister-in-law, Ruth Hilliard, three nieces: Leslie Scharafanow of North Branch, MN; Ann Hilliard Carlson of Des Moines, IA and Paula Pieracci of Johnston, IA and one nephew, Michael Hilliard of Glendale, AZ. She was preceded in death by her parents; her brothers, Robert V. and Jerry L. Hilliard and her husband, J.B. Phillips on Dec. 24, 2004. PDF Printable Version

Martha Phillips: Marty passed away Sunday afternoon, Feb. 20, 2005 at Pleasant Park Nursing Home in Oskaloosa at the age of 82 years, 4 months and 12 days. Martha's talents included painting and singing. Marty ""dabbled"" in art since she was... View Obituary & Service Information

The family of Martha Phillips created this Life Tributes page to make it easy to share your memories.

Send flowers to the Phillips family.