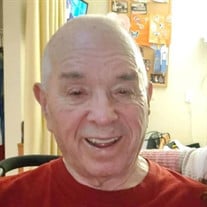 Marvin Snider, 90, of Oskaloosa passed away Sunday, June 21, 2020, at the Oskaloosa Care Center. Marvin D. Snider, son of Jacob William and Wealthy Alone Butterbaugh Snider, was born on August 10, 1929, in Wellman, IA. After his education, he worked for Cargill bean processing in Washington, IA. Marvin enlisted in the Army September 30, 1946, at the age of 17. He served as a water supply technician in Japan. He was honorably discharged on July 28, 1948, and returned home and went back to work at Cargill in Washington. He married Gethel Nada McNabb on December 7, 1950, in Sigourney. Marvin then began working for Miller’s Garage in West Chester. After two years at the garage, he began farming for Raymond Gordon in the West Chester area. He farmed for nine years before returning to Washington, where he began his career in the automotive industry. He was first employed with Tom Tanner and Wayne Reichard Gas Station and soon after, as a mechanic at Gebhardt-Hutmacher-Walker Chevrolet Garage, and lastly, at Buck Walter’s Motors in Washington, Iowa, a career that lasted 29 years. He retired in 1994, and moved to Nevada, Missouri to be near family. During his time in Nevada, Marvin worked part-time for Wilkinson Pharmacy. He resided there for the next 15 years and moved to Oskaloosa in 2010. Marvin was a member of Gateway Church of the Nazarene and the American Legion. He enjoyed hunting, fishing and spending time with his family. He is survived by two daughters: Jacqueline Leffer of McKenzie, Tennessee and Barbara Snider of Kansas City, Missouri; a son, Russell D. (Marjorie) Snider of Camanche, IA; seven grandchildren; nine great grandchildren; and a brother, Alvin (Jacquelyn) Snider of Chicago, IL. Besides his parents, he was preceded in death by his wife, Gethel who passed away in April 2006; a son Morris Snider and an infant daughter, Marvel K., a grandson, William John Little, Jr., a great grandson, James Michael Little; a brother, Stanley Snider; and a sister, Janice Jones. Graveside memorial services will be held at 2 p.m., Thursday, June 25, 2020, at Garrett Cemetery near Delta with Pastor Darren Melton of the Gateway Church of the Nazarene officiating. Memorial contributions can be made to Gateway Church of the Nazarene or Church of the Nazarene in El Dorado Springs, Missouri. Langkamp Funeral Chapel & Crematory has been entrusted with Marvin’s final arrangements.

The family of Marvin Snider created this Life Tributes page to make it easy to share your memories.

Send flowers to the Snider family.