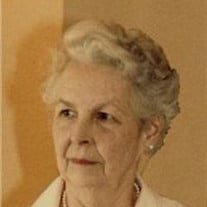 Mary Elizabeth Walling Hamilton: Mary died Thursday evening, June 24, 2004 at her home in Oskaloosa at the age of 93 years, 4 months and three days. Mary Elizabeth Walling was born Feb. 21, 1911 in Oskaloosa to Charles S. Walling, past publisher of the Oskaloosa Daily Herald and Mary Knight Walling. She graduated from Oskaloosa High School in 1928, as president of her class. She acquired a bachelor degree from the University of Iowa in 1958. While attending college she served as house mother for the Acacia Fraternity. Following graduation, from 1958 to 1965, she taught speech at Burlington High School, Burlington, IA; while teaching, she also directed the debate teams and forensics receiving top honors for students at the competitions. In 1965 she moved to Fort Morgan Colorado, where she continued teaching, retiring in 1973. She attained her Master of Arts Degree from the University of Colorado in Boulder in 1969; throughout her educational endeavors she maintained an honor roll status. Mary returned to Oskaloosa in 1997, after living in Colorado, California and most recently in Corpus Christi, TX. She was an 80 year member of the St. Paul Congregational United Church of Christ, where she was a member of the Choir and the Women's Association. In her high school senior annual, it was said about her â??Everything she does she does well, and she does everything. Mary exemplified this quote throughout her life. She was a true matriarch of her family and was affectionately called Queen Mum. She is survived by her four daughters: Mary Ann Hesling of Oskaloosa; Josephine Fageol of Burlington, IA; Jean Chapman of Forest Lake, MN and Beth Hamilton of Chanhassen, MN; a sister-in-law, Martha Hamilton Johnson of Omaha, NE; 14 grandchildren, 19 great-grandchildren, 8 great-great-grandchildren and several nieces and nephews. She was preceded in death by her parents; a brother, Arthur Walling; sisters: Ivyl Welton, Josephine Bowen, Meda Bieshaar; her husband, John F. Hamilton; a grandson, Robert Noel (Howard) Pruisner and a nephew, Charles Bowen. PDF Printable Version

The family of Mary Elizabeth Walling Hamilton created this Life Tributes page to make it easy to share your memories.