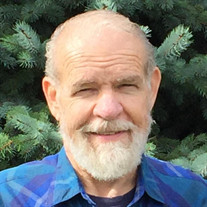 Neil McGee, age 72, of New Sharon passed away Friday, July 24, 2020, at Mercy Medical Center in Des Moines. Neil John McGee III, son of Neil John McGee Jr and Virginia Sue (Hartness) McGee, was born May 20, 1948, in Ottumwa, Iowa. He was raised on a farm near Albia in Monroe County and graduated from Albia High School in 1966. He worked as an auto mechanic for a short time before he was drafted into the U.S. Army. He served two years in the military, including one year in Vietnam. Following an honorable discharge, he returned to Iowa. Neil was united in marriage to Jean Ann Thomas, June 1, 1968, in Albia. They purchased a farm south of Oskaloosa, and Neil worked for Southern Iowa Utilities in addition to farming. Later in life, Neil did custom mowing and worked for local businesses. He enjoyed restoring tractors and old cars, hunting, fishing, and any activity in the great outdoors. He was passionate about supporting others in their sobriety journeys. For the past three years, he has enjoyed the companionship of Lona Sharp, traveling, dancing, and visiting grandchildren. Neil’s family includes his daughter, Tammy and Mark Groenendyk of Oskaloosa and their children: Bryant (Abbi) Groenendyk of Leighton and their daughter, Calli, Anthony Groenendyk of Oskaloosa, Sabrina (Max) Cullinan of Leighton and their children: Hadassah and Benaiah, Ralissa (Tyler) Covey of Ottumwa and their daughter, Dianna, and Jesiah, Lydia, Trey, Tianna, Shane, Victory and Donovan Groenendyk at home in Oskaloosa; his son, Rusty (Merilee) McGee and their two sons: Max and Jack McGee. He is also survived by three sisters: Mabel Schluessler of Albia, Linda Davis of Elbert, CO, Scarlett Salladay of Cincinnati, IA; and two brothers: Jerry (Nina) McGee of Hartford, MO and Tim McGee of Blakesburg, IA Funeral Services for Neil will be held at 10:30 a.m., Friday, July 31, 2020, at Langkamp Funeral Chapel with Rev. Joel Rousch of the Federated Fellowship in Pella officiating. Burial will be in Beacon Cemetery with Military Honors by the Oskaloosa Honor Guard. Visitation will begin at 11 a.m., Thursday, at the funeral chapel; the family will greet visitors from 5-7 p.m., Thursday evening. According to the rules put in place by the Iowa Department of Public Health, proper social distancing and reasonable personal protective equipment are advised for attending this public event.

The family of Neil John McGee III created this Life Tributes page to make it easy to share your memories.

Send flowers to the McGee family.