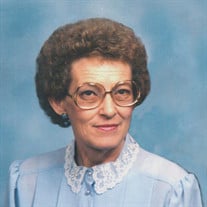 Norma Bartlow, 80, of Oskaloosa passed away Wednesday, March 4, 2020, at Iowa Methodist Medical Center in Des Moines, Iowa. Norma Faye Bartlow, daughter of Louis and Henrietta (Elscott) Jansen, was born June 30, 1939, in Pella, Iowa. She was a 1957 graduate of Pella High School. On June 30, 1957, her 18th birthday, she married Lester LeRoy "Whitey" Bartlow. They initially made their home in Oskaloosa, and Norma worked at Oskaloosa Food Products. In the early '60s, they moved the family to New Sharon, and Norma worked as a cook at the elementary schools for several years while her children were in school. Later, Norma was hired at Pella Corporation; she worked there for 20 years until her husband's health required her care. Norma and Whitey returned to Oskaloosa in 1975, and they attended the First Assembly of God Church and the OK Bunch. One of Norma's favorite activities was going out to breakfast – it was a great way for her to start her days. She also enjoyed playing her piano and crocheting. Norma's grandchildren and great-grandchildren were very precious to her, and she loved spending time with them. Her family includes her sons: Kenneth Bartlow of Oskaloosa and Keith Bartlow of New Sharon; her daughters-in-law: Cindy Bartlow of What Cheer and Rilla Williamson of Oskaloosa; five grandsons: Michael Vermillion, George Rust, Tyler Bartlow, Mason Bartlow, and Caleb Bartlow; many great-grandchildren; a brother, Dale (Erma) Jansen of Pella; and a sister, Lola Klein of Pella. In addition to her parents, Norma was preceded in death by her husband, Whitey, on April 6, 2002; two sons: Chris and Douglas Bartlow; and brothers: Wayne, Lowell, and Harris Jansen. Funeral Services for Norma will be held at 10:30 a.m., Monday, March 9, 2020, at Langkamp Funeral Chapel with Pastor Alvern Boetsma officiating. Burial will be in Forest Cemetery. Visitation will begin at 11 a.m., Sunday, at the funeral chapel; the family will greet visitors from 2-4 p.m. Memorial contributions can be made to the family and will be designated at a later time.

The family of Norma Faye Bartlow created this Life Tributes page to make it easy to share your memories.

Send flowers to the Bartlow family.