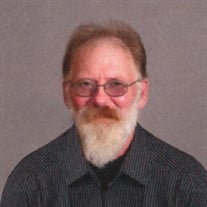 Phil Jones, 60, of Oskaloosa, passed away Saturday, November 21, 2020, at Iowa Lutheran Hospital in Des Moines, Iowa. Phillip Ray Jones, son of Thomas Richard and Barbara June (Denney) Jones, was born January 3, 1960, in Oskaloosa. He attended Oskaloosa schools and graduated in 1978 from Oskaloosa High School. While in school, he worked at Fareway and continued working there for a short time after graduating. He was soon employed at Pella Corp and worked there for several years before working for Gary Junkins. He was last employed at Oskaloosa Food Products. Phil married Jodi Thomas on June 15, 1979, to that union, his son, Nick, was born. They later divorced. Phil later developed a close relationship with Karla Fresquez and her children. To this union, a daughter, Nickayla, was born. Phil’s children were the joy of his life – spending time with them was what gave his life purpose. He also enjoyed spending time with Karla’s children. Phil was very mechanically inclined, and working on and riding his Harley- Davidson Motorcycle was another pleasure for Phil. Phil attended the Central United Methodist Church and was a member of the Mahaska Lodge #644. His family includes his daughter, Nickayla Jones of Oskaloosa; his sisters: Mary Johnson of Oskaloosa and Connie Pickett of West Des Moines; a brother, Charles (Vicki) Jones of Oskaloosa; his close friend, Karla Fresquez, and family; and several nieces and nephews. In addition to his parents, Phil was preceded in death by his son, Nick Thomas Jones; and a brother-in-law, Dale Johnson. Funeral Services for Phil will be held at 10:30 a.m., Tuesday, November 24, 2020, at the Central United Methodist Church with Rev. Chad Lierman officiating. According to the rules put in place by the Iowa Department of Public Health, proper social distancing and appropriate personal protective equipment are advised for attending this public event. The service will be Livestreamed on the Oskaloosa Central UMC Facebook page for those unable to attend the ceremony. Burial will be in Forest Cemetery. Visitation will be held from 11 a.m. to 6 p.m. Monday at Langkamp Funeral Chapel. Because of Covid-19 precautions, no family visitation will be held. Memorials can be made payable to Langkamp Funeral Chapel for Nickayla’s future education.

The family of Phil Jones created this Life Tributes page to make it easy to share your memories.

Send flowers to the Jones family.