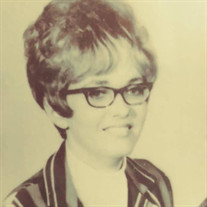 Phyllis Ramey, 85, of Cedar Rapids passed away Monday, January 10, 2022 in Cedar Rapids, Iowa Phyllis Jean Matson-Kupfer Ramey, daughter of Thomas Alfred and Lelah Mae Johnson Matson, was born November 12, 1936, in Decatur, Illinois. She was a 1955 graduate of Peoria High School in Peoria, II. She married Robert Kupfer on March 19, 1955, in Peoria, where they spent the first several years of their marriage. After Robert's discharge from the military, his job took them to Iowa, where they settled in Cedar Rapids, IA. Phyllis worked as a secretary for Life Investors Insurance Company and Rockwell Graphics Systems, she retired March 1, 1992. Robert died on August 17, 1995, after 40 years of marriage. April 26, 1997, Phyllis married Gordon Lee Ramey in Bloomington, IL In September 2006 they moved to Oskaloosa. They later divorced, and Phyllis returned to Cedar Rapids in 2012 to live out her days among family. Phyllis enjoyed reading, walking, having coffee with friends, and taking drives to see the fall leaves in Ball Town. Phyllis is survived by two sons: Gary Kupfer and his wife, Kristi of Lenora City, TN and Michael Kupfer and His Fiancée Marjorie of Cedar Rapids, IA: five grandchildren: Starla. Joy, Desiree, Harmony, and R.J. 9 great-grandchildren, 2 great-great-grandchildren, and 2 best friends Sonya Davis and Gary Zimmerman. As was Phyllis’s wish, her body has been cremated and no services are planned at this time.

The family of Phyllis Jean Matson-Kupfer Ramey created this Life Tributes page to make it easy to share your memories.

Send flowers to the Ramey family.