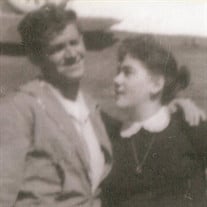 Rachael Wells, 74, of Oskaloosa, passed away January 30, 2019 at Lutheran Hospital in Des Moines, Iowa. Rachael Louise Wells, daughter of Everett William and Louise Lorraine (Golden) Weston, was born, July 10, 1944, in Albia, Iowa. She attended Albia schools. Rachael met the love-of-her-life, Willis “Willie” Wells, in 1959. They married the following year, November 19, 1960, at the First Christian Church in Albia. They lived in Des Moines and Moline, Illinois before settling in Oskaloosa in 1964. While her children were young, Rachael ran a daycare from her home for 17 years. She then worked as a cook at the Senior Citizen’s Center for ten years and then in the laundry department at the hospital for ten years. She retired in 2009. Rachael’s primary focus in life was always her family; she loved having them near and feeding and nurturing them. She also enjoyed reading, yard work, flea markets and garage sales. Rachael and Willie enjoyed dancing as a young couple and the many years they were married. Rachael was a member of the Eagles. As was her wish, Rachael’s body has been cremated. Her family includes her three sons: Kevin Wells of Asheville, NC, Robert Wells of Oskaloosa and Michael Wells of Oskaloosa; eight grandchildren: Stephanie (Ben) Roth, Nicolas (Jenni) Lynch, Isabel Lynch, Sean, Alex, Kaylee, Jaycee and Gracee Wells; seven great-grandchildren: Barrett, Callen, Carter, Claire, Noah, Hayden and Marlee. She is survived by two sisters: Georgia Wilson of Indianapolis, IN, and Becky (Cliff) Jackson of Fairborn, OH, a brother, Willie (Jean) Weston of Columbus Junction, IA and many special nieces, nephews and cousins. In addition to her parents, Rachael was preceded in death by her husband, Willie, her daughter, Tammy, a brother, Wes Weston, and two nephews David Weston and Russell Jackson. A celebration of life service will be held at the Eagles, on Saturday, February 9, from 1-5 p.m. A graveside service will be held this spring at Forest Cemetery.

The family of Rachael Louise Wells created this Life Tributes page to make it easy to share your memories.

Send flowers to the Wells family.