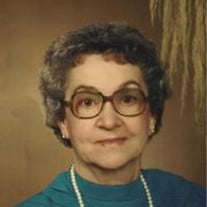 Regina Irma Cubit: Regina passed away at the New Sharon Care Center early Friday morning, June 11, 2004 at the age of 90 years, 3 months and 25 days. Regina is survived by her daughter & son-in-law, Judith Ann and Dale Dutt of Indianola, IA and two sons & daughters-in-law: Les & Judy Cubit of Oskaloosa and Monte & Kathy Cubit of Des Moines, IA; seven grandchildren and eight great grandchildren; and a brother & sister-in-law, J.L. â??Peteâ?쳌 & Thelma Greenhalgh of Oskaloosa. Regina Irma Cubit, daughter of Frank Henry & Louella Hendrix Greenhalgh was born Feb. 20, 1914 in Lucas County, Iowa. As a youngster, her family lived in Buxton, Evans and Tipperary. As a young woman, Regina and her sister, Happy frequently sang & played guitar in area churches. She married John Andrew Cubit on March 31, 1936 in Lancaster, MO. As a young couple, Johnâ??s work in the coal mines took them to Superior, Wyoming and then back to Mahaska County, where they lived in Evans, University Park and then Oskaloosa. Regina was a homemaker; her family was always her first priority and her grandchildren were very special to her. She was a member of the First Christian Church in Oskaloosa and taught Sunday School for several years. She loved gardening, and was a miracle worker with reviving near dead plants; she also enjoyed knitting, crocheting, crafts and was quite a good sketch artist. She was preceded in death by her parents; her husband, John on October 9, 2002; a son, Lanny K. Cubit; two sisters, Maxine Swick and Happy Dunsmore; and a brother, Bill Greenhalgh. PDF Printable Version

The family of Regina Irma Cubit created this Life Tributes page to make it easy to share your memories.

Send flowers to the Cubit family.